The 2019 snooker World Championships have been thrilling in every way so far. From exciting matches to massive shocks, the competition has so far provided all fans with a brilliant spectacle to watch. 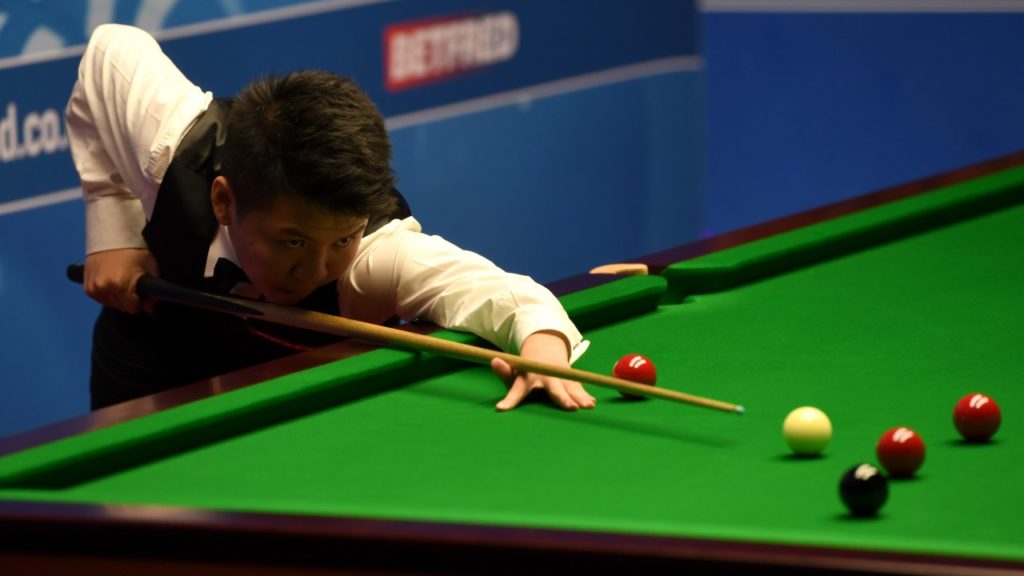 The first round of the tournament provided some fantastic performances from unfavoured players. Ronnie O’Sullivan had been in sparkling form pre-tournament and went into the World Championship as world number one, so when he drew amateur James Cahill in the first round, many thought it would be a compelling win for ‘The Rocket’. However, after trailing 5-4 after the first session, O’Sullivan was unable to compete with the 23-year-old qualifier, who won the game 10-8. According to BBC Sports’ article on O’Sullivan’s shock defeat by James Cahill, O’Sullivan said: “I felt horrendous. I was struggling to stay awake. I haven’t felt great for a few weeks and I have not slept brilliantly the past couple of nights.” 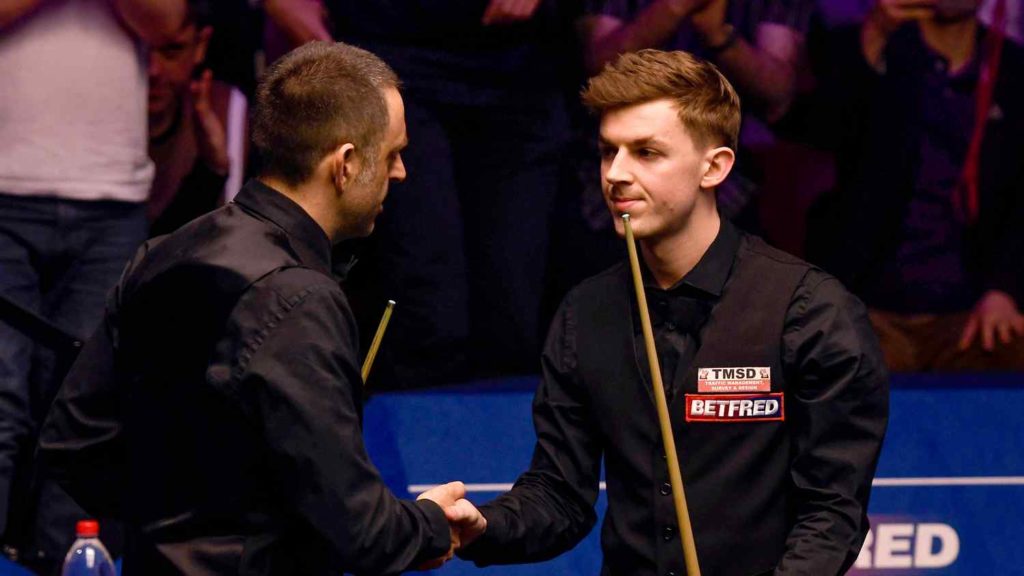 James Cahill shakes hands with world number one Ronnie O'Sullivan - after defeating him 10-8 in the first round of the 2019 Snooker World Championship.

Other pre-tournament favourites fared better than O’Sullivan, with Judd Trump narrowly beating Thepchaiya Un-Nooh 10-9, and Neil Robertson smashing Michael Georgiou 10-1. Here are all the results from the first round of the World Championships:

BOLD = player progresses to the next round of the competition. 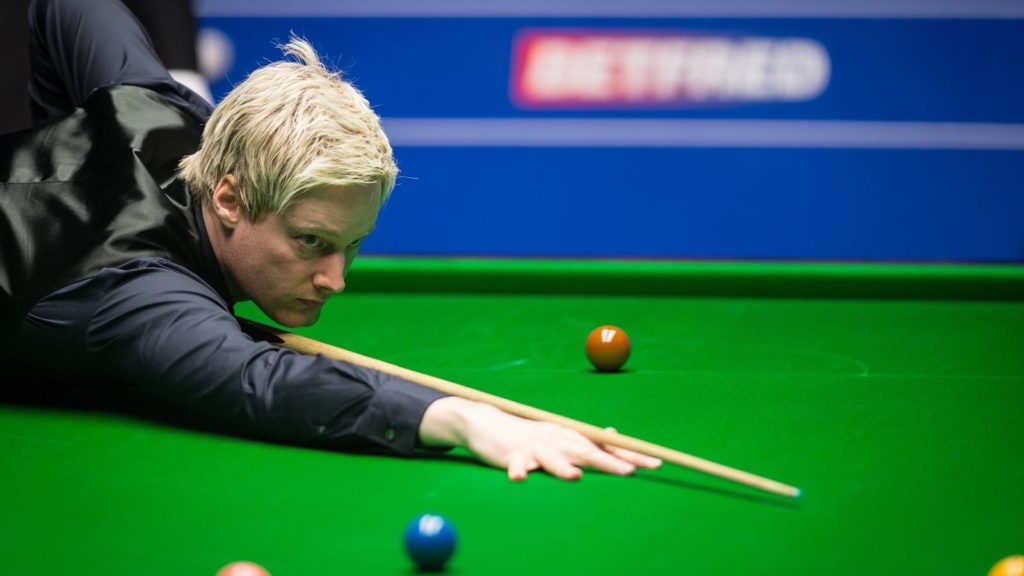 Australian Neil Robertson is now the favourite to lift the World Championship after guaranteeing his place in the quarter-finals.

Moving onto the second round, a few more big shocks were in the reckoning for some of snookers top players. The number one qualifier Mark Williams suffered defeat at the hands of David Gilbert, who beat the defending champion 13-9 in a thrilling encounter. Also, another disappointing tournament for former world number one Mark Selby ended at the second-round stage, after he was impressively beaten by fellow Englishman Gary Wilson, by a score of 13-10.

Gary Wilson has his eyes on the prize during his 13-10 win over former world number one Mark Selby.

Despite his fairy-tale win over Ronnie O’Sullivan, the tournament would be cut short for amateur James Cahill, who was narrowly overcome by Scotsman Stephen Maguire, by a score of 13-12.

Here is a full list of final and ongoing results from the second round of the 2019 World Championship:

*= Game is still ongoing – score recorded after the first session. 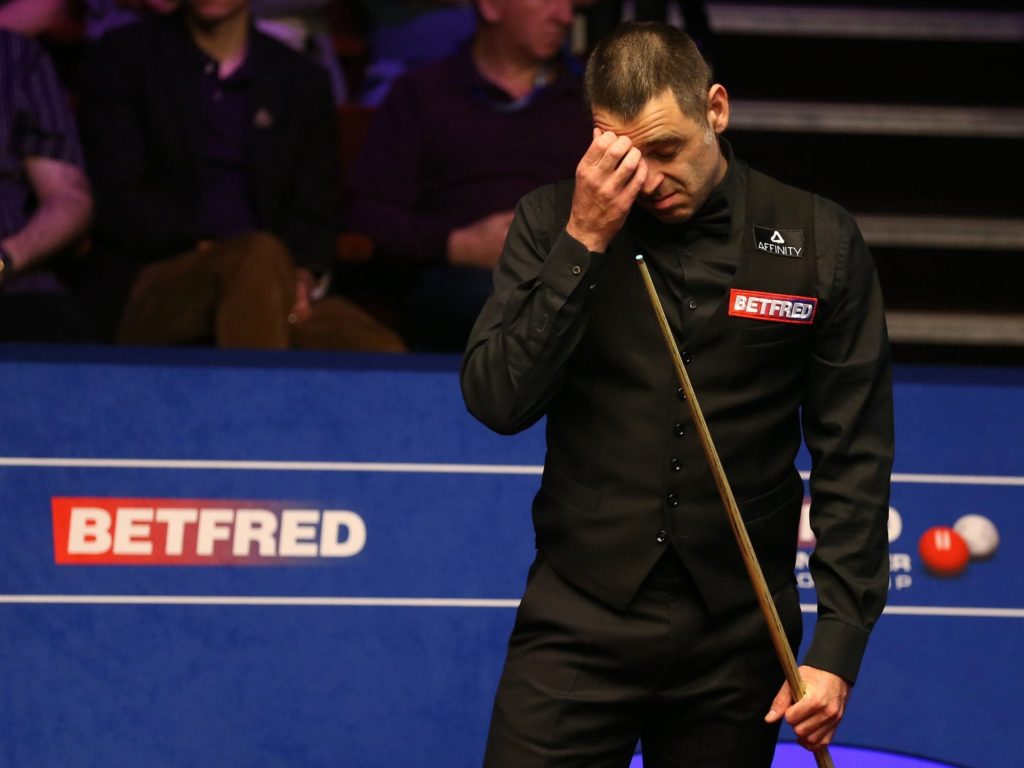 The pre-tournament favourite Ronnie O'Sullivan watches on in despair after losing 10-8 to James Cahill in the first round of the World Championship.

So after pre-tournament favourite Ronnie O’Sullivan was knocked out in the first round, Neil Robertson has been made 28/17 favourite with Oddschecker to lift the trophy in Sheffield. Other favourites to win the competition include Judd Trump at 13/2, and Ding Junhui at 15/2. Here is a full list of remaining players’ odds to win the 2019 snooker World Championship:

With a week left until a winner is crowned, the field still remains open to see who will lift the 2019 World Championship, and I’m sure that were still in for some exciting games and brilliant moments of snooker.

This entry was posted in Snooker News on April 29, 2019 by Ryan - Editor at Hamilton Billiards. ← Previous Post Next Post →