At the 2019 Players Championship, Ronnie O’Sullivan became the first player in snooker history to reach 1000 centuries.

O’Sullivan became professional in 1992 and won his first ranking title in 1993 at the age of just 17 years and 358 days old.  This record still stands to this day of the youngest winner of a ranking event.

With five World Championships, seven UK Championships and seven Masters title, O’Sullivan continues to press on at his current age of 43. 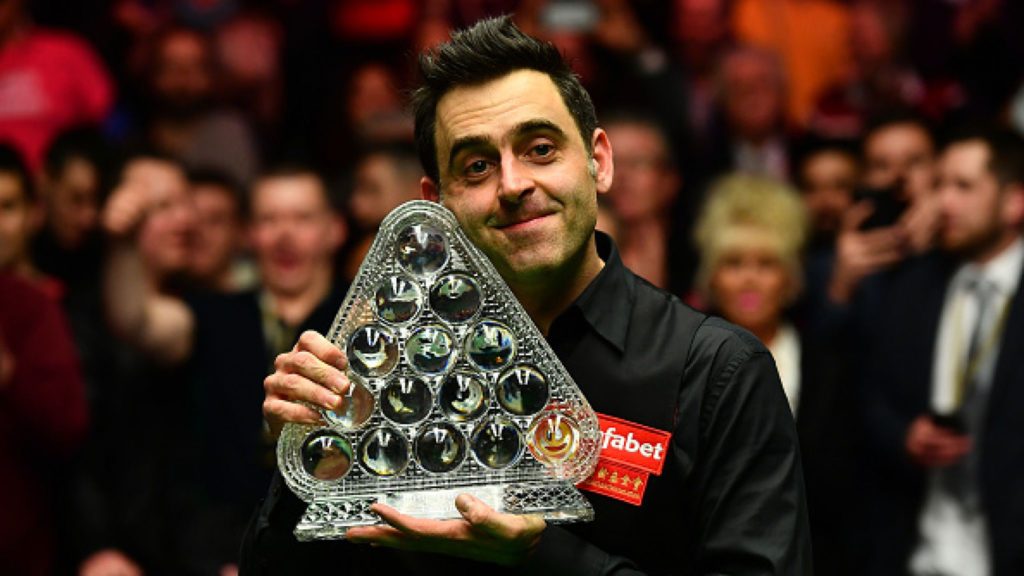 Ronnie O'Sullivan pictured with one of his seven Masters' titles.

BBC Sport broke down the statistics and shared this information on players with over 100 centuries:

On O’Sullivan hitting 1000 centuries, according to the Metro, seven-time world champion Stephen Hendry said: “It’s a phenomenal achievement when you set a milestone like this. This will be a special one for Ronnie because it is about the way you play the game of snooker and the buzz of making a century break.

“Judd Trump is a lot younger than Ronnie and is almost on 600 centuries, but Ronnie will set records that will be very difficult to overcome. There are lots more tournaments to play in so more opportunities to make those century breaks. 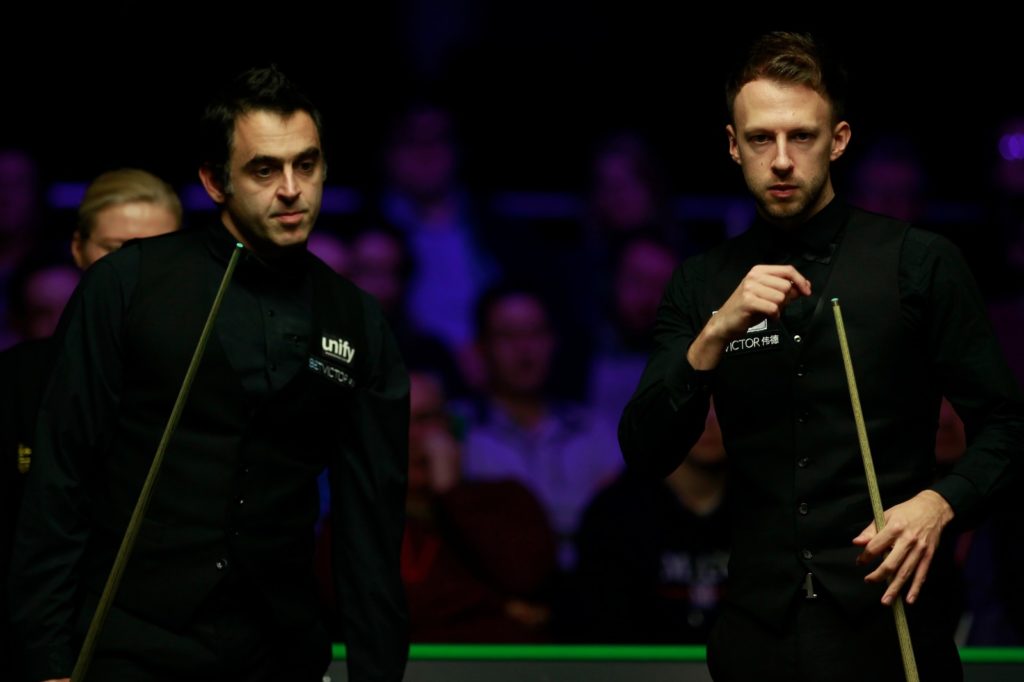 Ronnie O'Sullivan pictured with Judd Trump during their match in the 2018 Northern Ireland Open final.

“Ronnie will not be the only one to reach 1,000 centuries, but it will take the others like Trump longer to get there.”

Perhaps surprisingly, O’Sullivan’s centuries have become more plentiful with age, recording his most century breaks in the 2017-18 season, with 74. His lowest return came in 2012-13, where he sat out most of the season and played only in the World Championship. Despite his lack of match practice, he won the competition, striking 13 centuries along the way.

This is the full breakdown, season-by-season, of Ronnie O’Sullivan’s 1,000 century breaks:

*the season is yet to finish.

Similarly, O’Sullivan leads the statistics for the most 147 breaks, with 15 in his career. These are the top five players who lead the way in terms of the maximum break:

Ronnie O’Sullivan has given fans some of the best moments in the history of snooker, here are some examples of the finest moments in his long career.

An unforgettable moment from The Rocket, and probably the best 147 break ever completed on a snooker table. Five minutes and 20 seconds of genius set the record for the fastest 147 break ever, which still stands today. O’Sullivan coasted around the table, potting ball after ball to create a moment of unbelievable entertainment. The chalk was thrown into the crowd as players from both tables offered their congratulations and the sight of O’Sullivan gesturing for a replacement chalk is a picture that will live long in the memory. 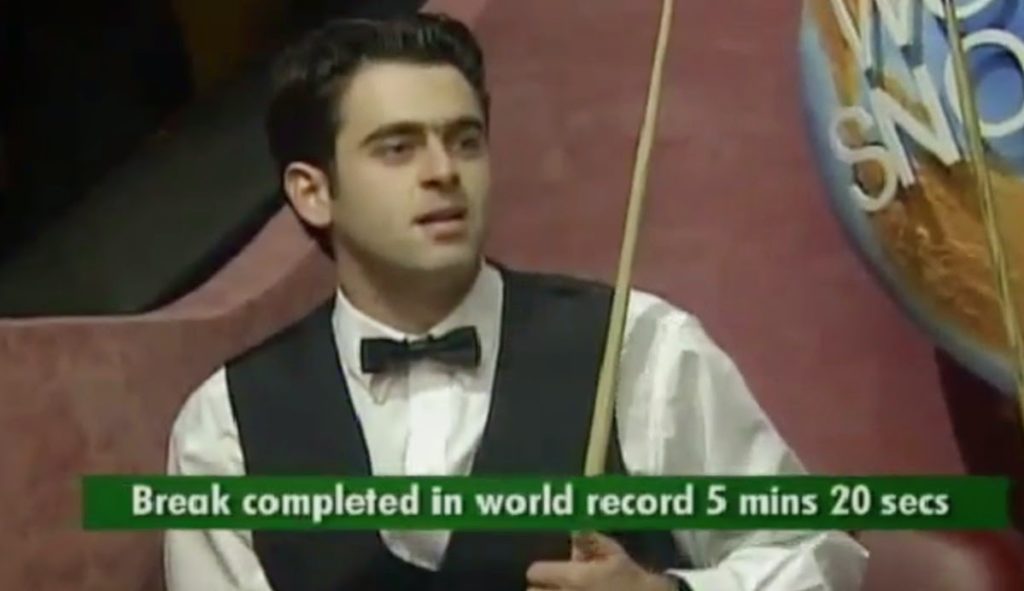 A younger Ronnie O'Sullivan is pictured after breaking the record for the fastest 147 break ever during his 1997 match with Mick Price.

O’Sullivan completed his 500th century break against Australian Neil Robertson at the Glades Arena in Kidderminster in 2007. It was an unusual start to the break, with O’Sullivan getting under way with double to the middle pocket before beautifully opening up the reds from the black only a few shots later. The Rocket went on to comfortably beat Robertson 5-1, before winning the whole competition a few weeks later on.

A game more famous for its controversy than its incredible skill, O’Sullivan deliberately failed to get the maximum break, after claiming that the £10,000 up for grabs for the feat was “too cheap” for a 147. This came after the Rocket had potted the perfect 14 reds and 13 blacks, before going for the pink instead of the black to ensure he did not get the 147. Snooker chief Barry Hearn responded to the incident by calling O’Sullivan’s display “unacceptable” and “disrespectful”. 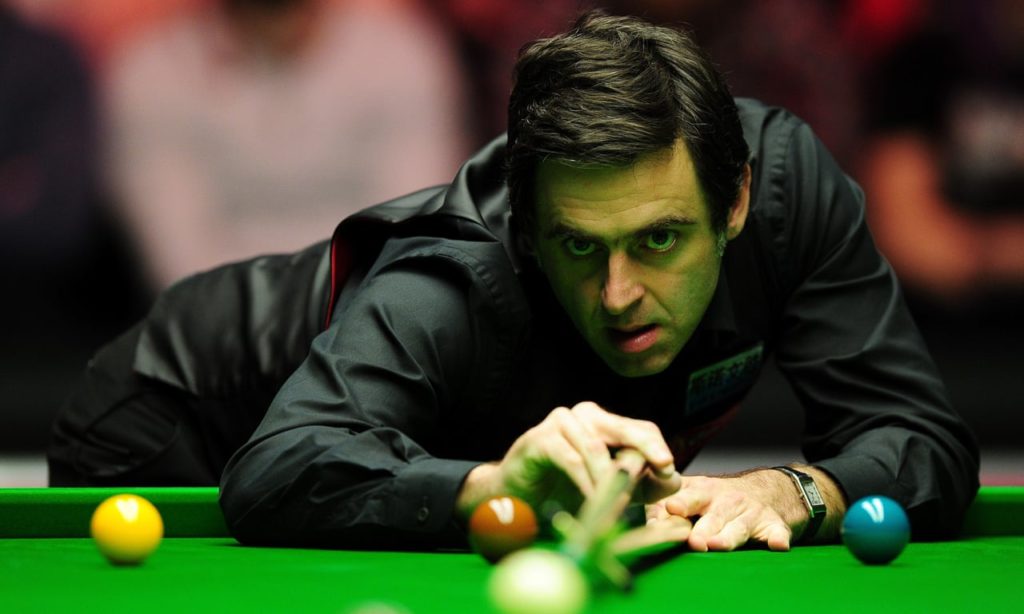 Ronnie O'Sullivan is pictured during his controversial victory over Barry Pinches in the 2016 Welsh Open.

O’Sullivan went into the snooker record books again in the 2013 World Championship. His 103 break in the 15th frame was his 128th century break at the Crucible Theatre, breaking Stephen Hendry’s record of 127 Crucible centuries. In the game, he also became the first player to score six centuries in a single world final. The final was also remarkable as O’Sullivan had missed the entire season having taken some time away from the game and came back to defend the title that he had won last year. Many doubted whether he would be able to compete, but he dominated from his first match, not losing a single session throughout the tournament before beating Hawkins 18-12 in the final.

And finally, the most recent on this list, the 1,000th century break. It was done so effortlessly by the Rocket in a final that he controlled throughout, beating Robertson 10-4 in the final. What made the century even better is that he calmly slotted home the red ball to make it 100 with his weaker left hand, in typical O’Sullivan fashion. This accolade made him the first man ever to achieve 1,000 century breaks and improves the opinion that he is the greatest to ever play the sport. 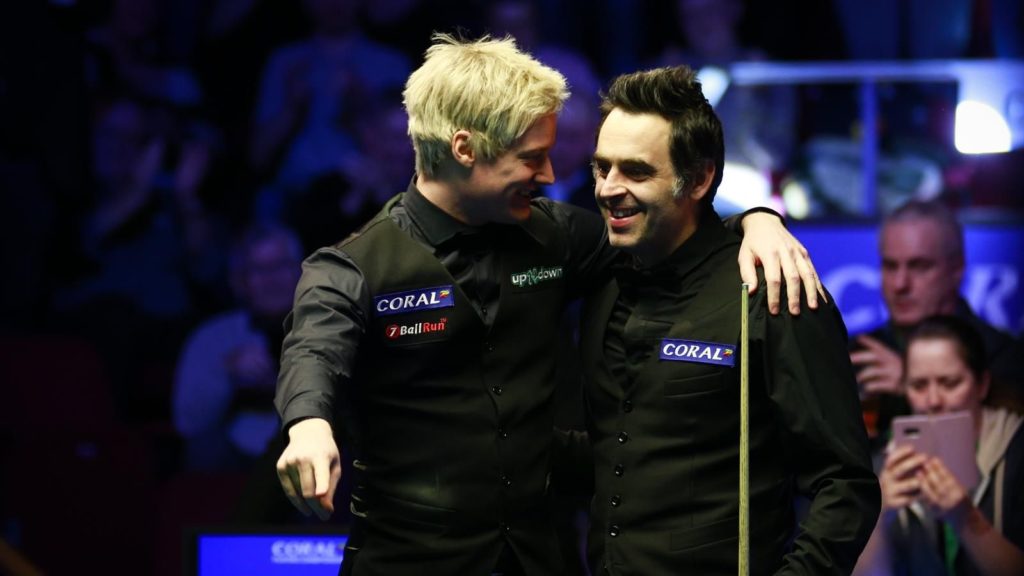 The world was full of praise for O’Sullivan after achieving this feat. His opponent in the final Neil Robertson said: “Incredible atmosphere in the end during the 1000th century. Obviously gutted to lose but I have no problems holding my hands up today. Thanks for all the support during the week and a pleasure being a part of a special moment of our great game at the end. Well done Ronnie O’Sullivan.”

Fellow snooker professional Joe Perry simply said: “Ronnie O’Sullivan is the greatest ever!!!! Doubt there will ever be anyone better! #1000”, with snooker pro Ken Doherty adding: “Incredible, congrats. Great achievement, a pioneer in our great sport #spoty #bbcsport”. 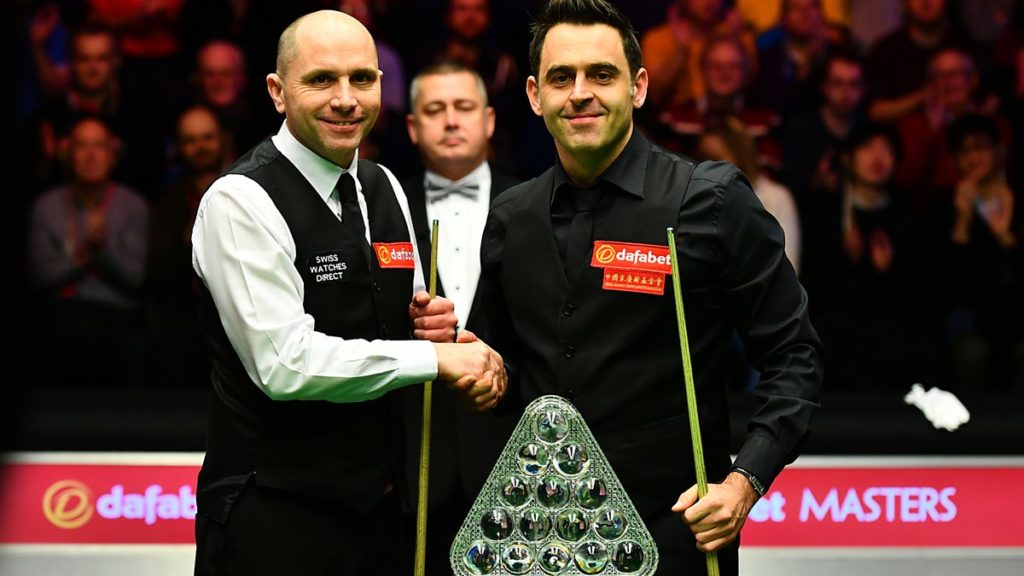 O'Sullivan is pictured with fellow professional Joe Perry after defeating him in the 2017 Masters final.

The Rocket even received praise from outside the snooker world, with Stephen Fry saying on Twitter: “Ladies and Gentleman – Ronnie O’Sullivan. Watching him play had been a privilege and a delight almost impossible to explain to those who don’t know the glorious game of snooker. Thank you Ronnie, thank you a thousand times #1000Centuries”.

This entry was posted in Snooker News on March 11, 2019 by Ryan - Editor at Hamilton Billiards. ← Previous Post Next Post →