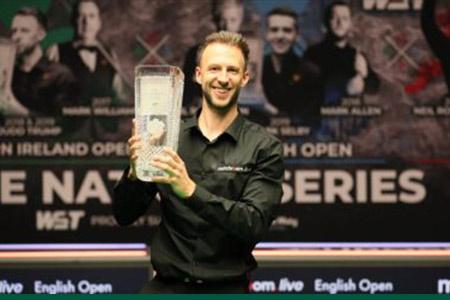 In the afternoon, Robertson took the lead 3-1 but was quickly outplayed by Trump, who, after a series of big breaks, lead 4-3.

The evening session was levelled at 4-4, however, Robertson showed some brilliant play that made him lead 7-4.

What it seemed to be a clear win for the Australian, quickly turned into another victory for the world number one, who fought back and finished with a 114 break.

After the game, Trump told Eurosport: "It was a really tough final and I felt most of the game Neil was probably the better player, he scored a lot heavier than me.

"The way Neil played at no point did I think I was going to win the trophy. I had to go out and earn that one, it was probably my toughest final in five years."

Almost a year ago, the roles were reversed between the two players. When Robertson and Trump met in the final of the Champion of Champions, there was also a deciding frame separating both players from reaching the title, however, Robertson took home that win.

This time, the tables turned; Trump claimed the English Open title and £70,000 in prize money.

If you want to get to the level of the world number one, Judd Trump, or world number three, Neil Robertson, it’s time to start practising. At Hamilton Billiards, we have all the equipment you need to play like the professionals, including full size snooker tables and high-quality snooker equipment.