One of the most prestigious tournaments in snooker, the Snooker World Championship, is quickly approaching. The competition begins on April 20th, with the final being played on May 6th.

Welshman Mark Williams will be looking to defend his championship, after defeating John Higgins 18-16 in the 2018 final, however, he is up against a very strong field of players.

According to Oddschecker, the pre-tournament favourite is world number one Ronnie O’Sullivan, who has been in sparkling form in 2019 so far, after winning both the Players’ Championship and the Tour Championship. His best odds of 5/2 make him a clear favourite with the public, who expect his snooker dominance to continue. 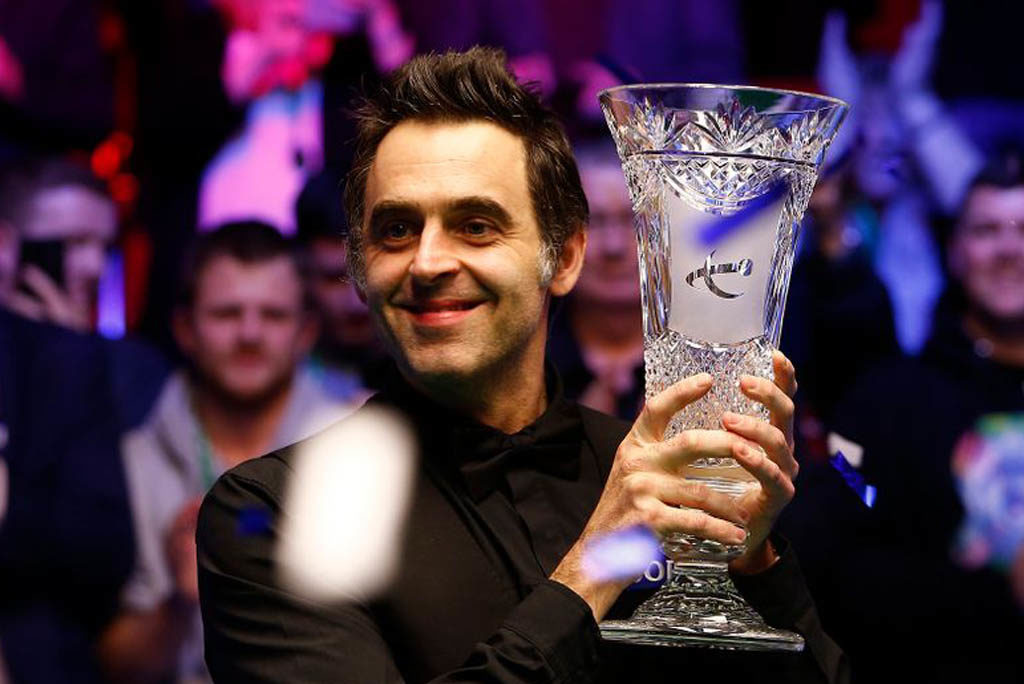 Judd Trump and Neil Robertson are both 6/1 with the bookies, after both performing well this season. Robertson recently lifted the China Open, as well as winning the Welsh Open and Riga Masters previously this campaign. Trump, on the other hand, has lifted the World Grand Prix, The Masters and the Northern Ireland Open this season. Both players are expected to go far in this prestigious competition.

Robertson, in particular, is a short price to win the competition for a reason. Not only has his form been superb, making four straight finals, but he is also on the top half of the draw – away from both O’Sullivan and Trump. This means that if he is going to face either of those two, it would not be until the final. 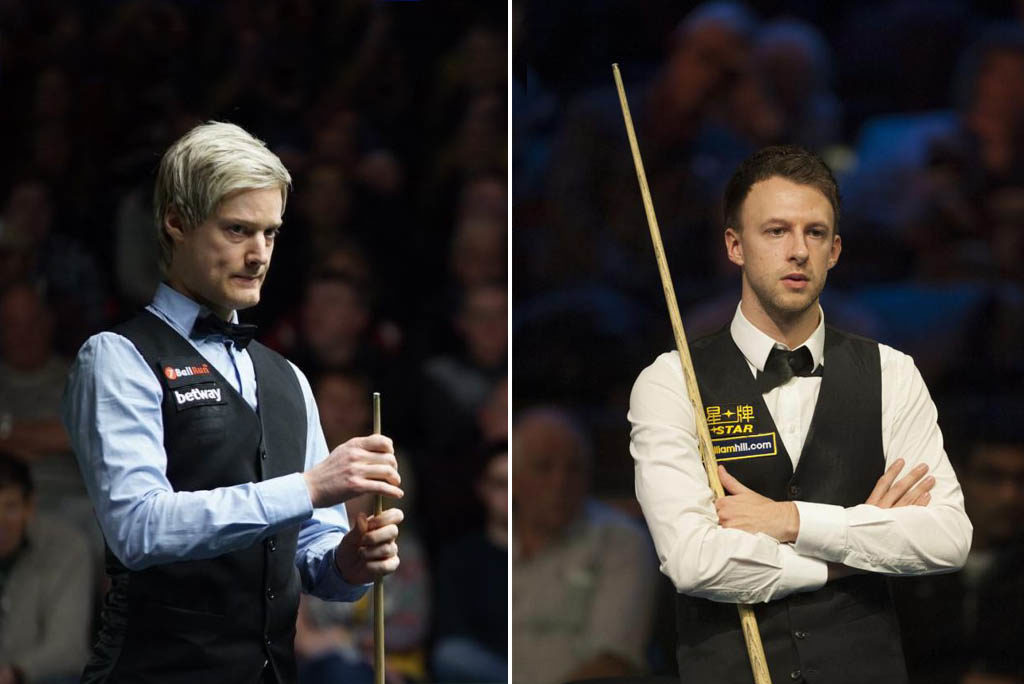 Neil Robertson on the left and Judd Trump on the right.

World number two Mark Selby is 10/1 after what has been a disappointing season so far for the Englishman. He hasn’t won an event since the China Championship in September 2018, but he will be looking to prove any doubters wrong and perform on the big stage. He will also be trying to get back to the world number one spot, which he incredibly held from February 2015 to March 2019.

Some of the other favourites for the tournament include Kyren Wilson at 18/1, Mark Allen at 20/1 and Stuart Bingham at 22/1. Last year’s competition winner Mark Williams is also 22/1, with the bookies not fancying his chances in winning the tournament for a second consecutive year.

Some of the outside contenders to compete on the snooker table include last years’ finalist John Higgins, who is also priced at 22/1, Macau Masters’ winner Barry Hawkins at 25/1, and China’s Ding Junhui, who is valued at a best price of 33/1. 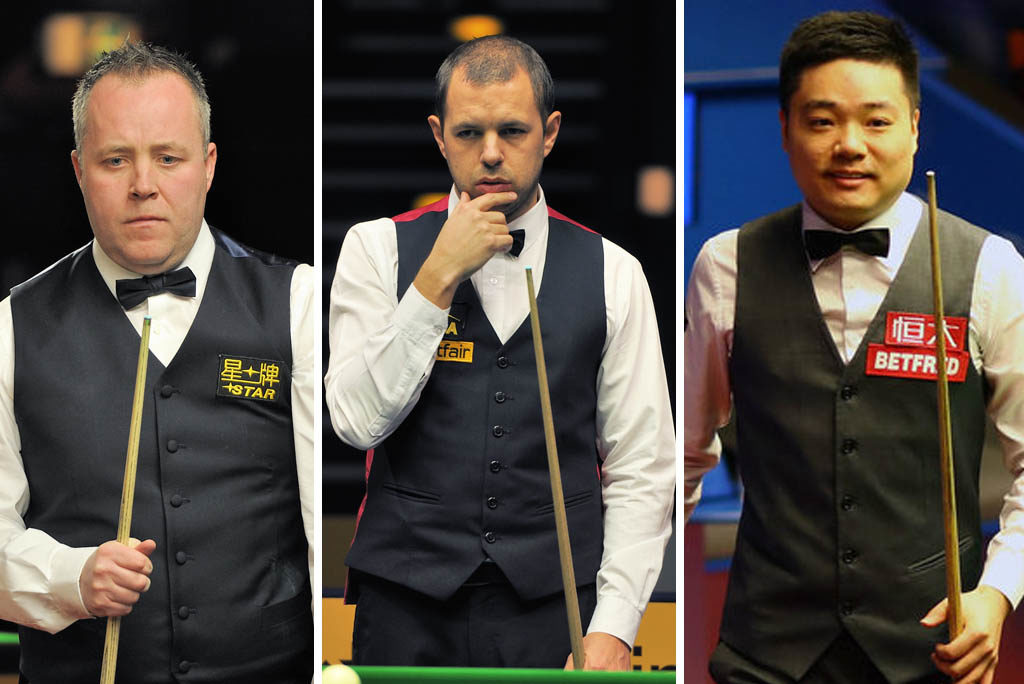 John Higgins on the left, Barry Hawkins on the centre and Ding Junhui on the right.

Here are all the main players’ best odds going into the 2019 World Championships, according to Oddschecker:

Also according to Oddschecker, the favourite line-up for the final is Ronnie O’Sullivan vs Neil Robertson. With odds of 9/2, these two players are clear favourites to go all the way to the last two. 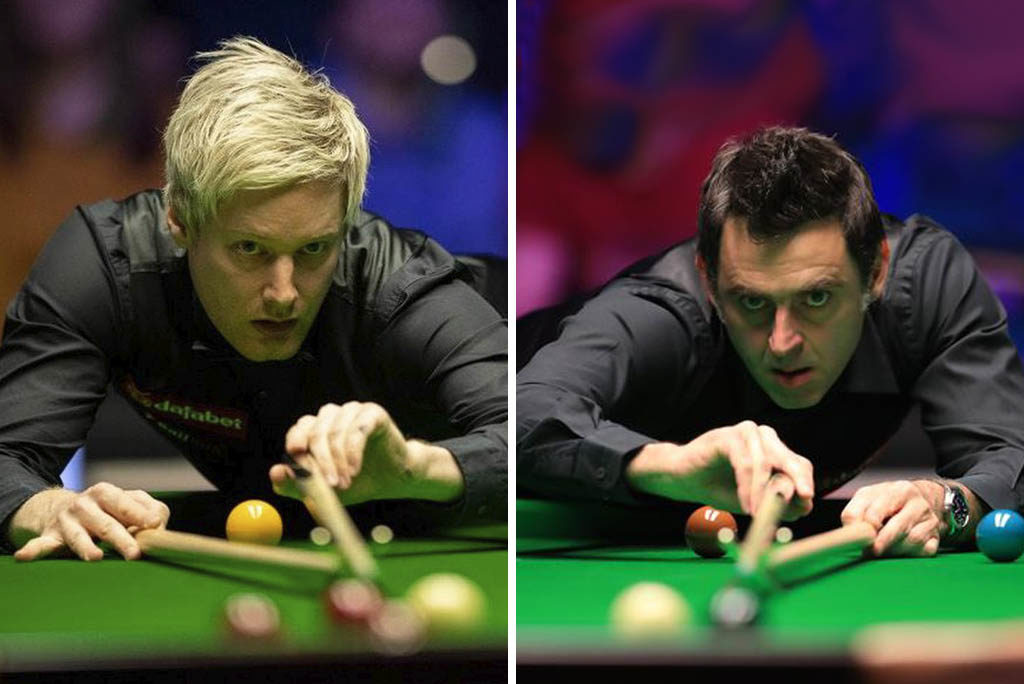 Neil Robertson on the left and Ronnie O'Sullivan on the right.

Here is a full list of favourites to face off in the final:

Based on the form of 2019 so far, many can look no further than Ronnie O’Sullivan. In the last event he played at, he dominated the whole field to lift his 36th ranking title at the Tour Championship, equalling Stephen Hendry’s record of total ranking event wins.

The 43-year-old also became the first player in snooker history to reach 1000 centuries during his 10-4 Players Championship final win over Australian Neil Robertson.

Despite O’Sullivan’s recent impressive form, his performance in last years’ edition of the World Championships was less than impressive. Despite a first-round win against Scotland’s Stephen Maguire, he crashed out at the next round to fellow Englishman Ali Carter, losing 13-9. He will be looking to bounce back at this year’s competition, at a tournament which he has won 5 times already. 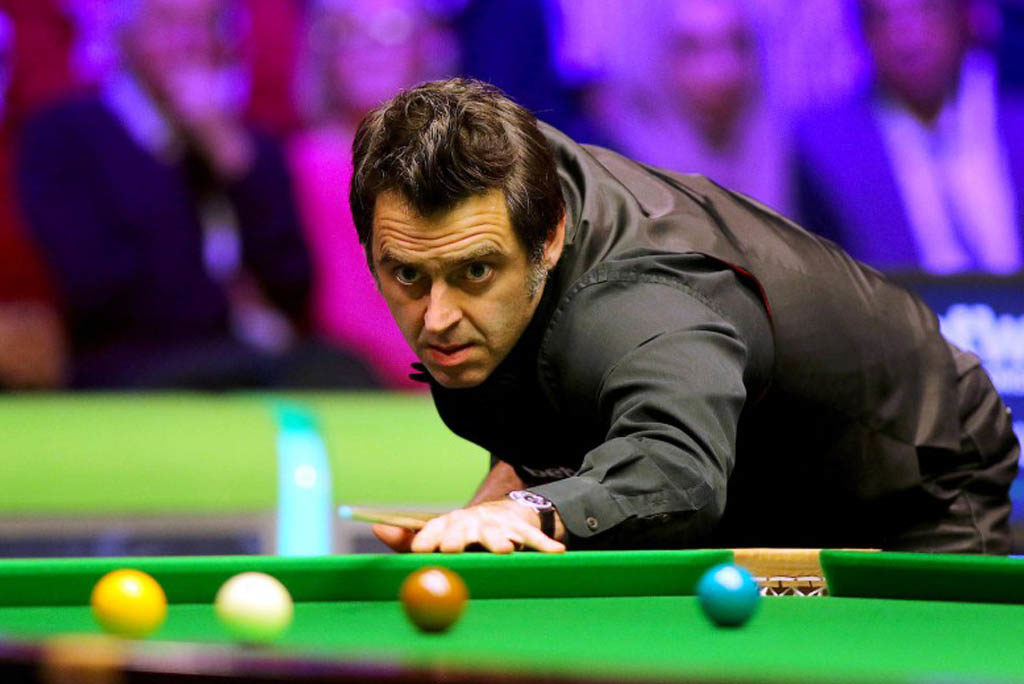 O'Sullivan concentrated on the game.

Judd Trump will be looking to add another competition to his own trophy cabinet, as he has yet to win the World Championship. His best performance out of his 9 appearances so far came in 2011, where he was defeated 18-15 in the final by John Higgins. Trump had beaten David Gilbert in the qualifying competition and then defeated defending champion Neil Robertson in the first round.

One of the other favourites, Neil Robertson, will be looking to add to his one victory in this competition, a 2010 win, defeating qualifier Graeme Dot 18-13 in the final. His victory made him the fourth non-British winner of the title after Horace Lindrum, Cliff Thorburn and Ken Doherty. 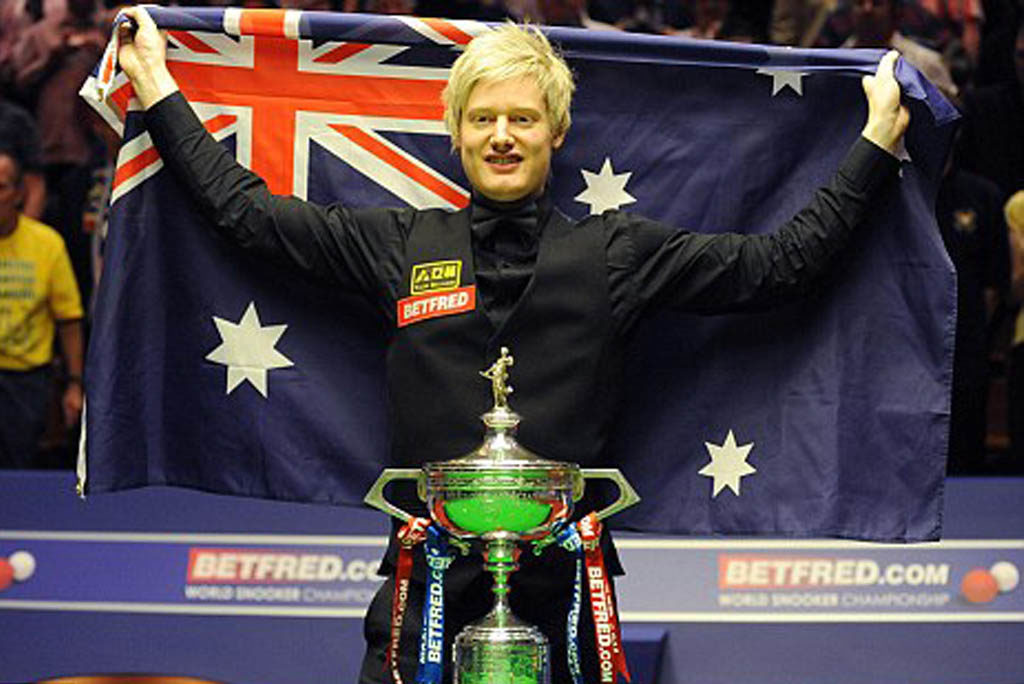 Mark Selby will be looking to end his poor run of form by competing at the tournament he has previously been dominant in. Selby won three tournaments in four years between 2014 and 2017. He defeated defending champion Ronnie O'Sullivan 18–14 in the 2014 final, having trailed 5–10 in the game.

Selby then won again in 2016, defeating Ding Junhui 18-14 in the final to claim his second world title. His third win was at the 2017 championship, when he defeated John Higgins in a repeat of the 2007 final. Selby trailed 4-10 during the second session, but then won 12 of the next 14 frames to lead 16-12, eventually with Selby winning 18-15. He joined Steve Davis, Stephen Hendry and Ronnie O’Sullivan as the only men to have successfully defended the title since its move to the Crucible. This tournament was also famous for its record amount of prize money, with the winner – Selby – receiving £375,000 out of a total prize fund of £1,750,000. 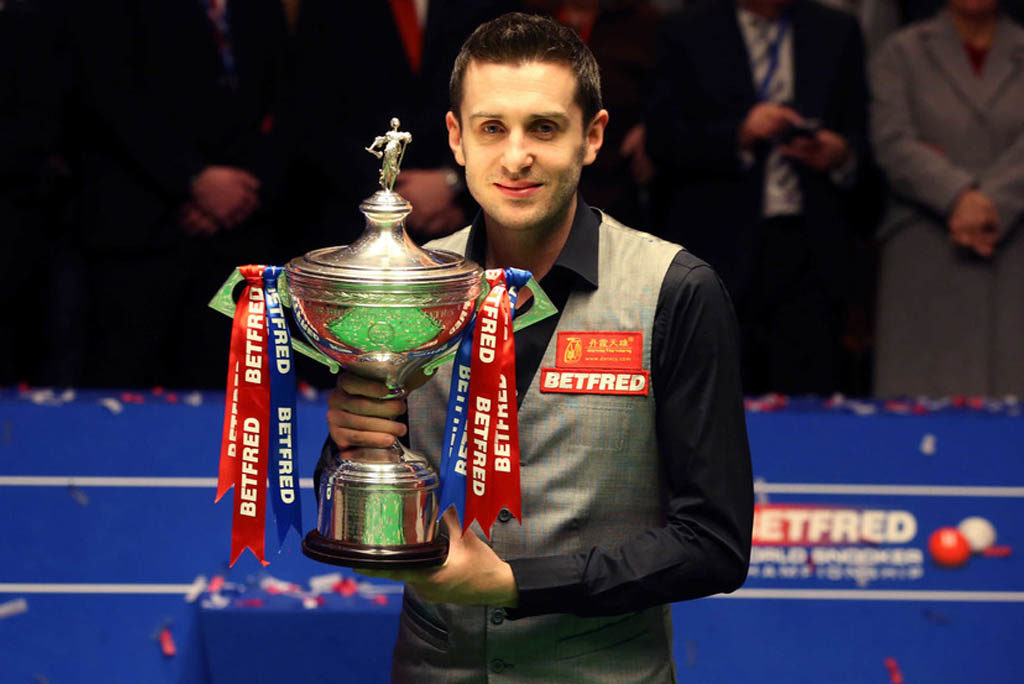 The world championship sees 32 professional players compete in one-on-one snooker matches in a single elimination format, each played over several frames. The 32 players for the event are selected through a mix of the world snooker rankings, and a pre-tournament qualification round.

So far, in terms of this years’ tournament, the top 16 players have already been selected and have been placed in the first round. These players are:

The final will be held in the famous Crucible Theatre in Sheffield on the 5th and 6th May and will be played over 4 sessions over the two days. At most, 8 frames will be played in both Session 1 and Session 3, with a maximum of 9 frames being played in Session 2. The final session will contain any remaining frames until the winner is declared.

The most successful player in the history of the tournament is Stephen Hendry, having won the championship 7 times. The closest active player to breaking that record is Ronnie O’Sullivan, who has won 5 times from 26 appearances. John Higgins has won the competition 4 times, with both Mark Williams and Mark Selby lifting the trophy 3 times each.

This is a full table of winners in the modern era of the World Championships:

Despite O’Sullivan being the big favourite to win this years’ championship, the field is very open, with plenty of impressive players able to take home the glory, which should prove for an incredible couple of weeks for snooker.

This entry was posted in Snooker News on April 18, 2019 by Ryan - Editor at Hamilton Billiards. ← Previous Post Next Post →