Ronnie O’Sullivan made history in the Players Championship by becoming the first player to reach 1,000 centuries during his 10-4 final win against Australian Neil Robertson.

The Rocket was on top form throughout the tournament and dispatched of everyone in his sight. He defeated Barry Hawkins 6-4 in the last 16, before beating John Higgins by the same score-line in the quarter-finals. Arguably his best performance of the tournament came in the semi-final against number one seed for the tournament Mark Allen, who had been in sparkling form pre-competition.

O’Sullivan thrashed Allen 6-0, with a highest break of 84 easing him into the final. After that victory, according to the BBC he said: “The snooker table was the hardest I have ever played on in my life. 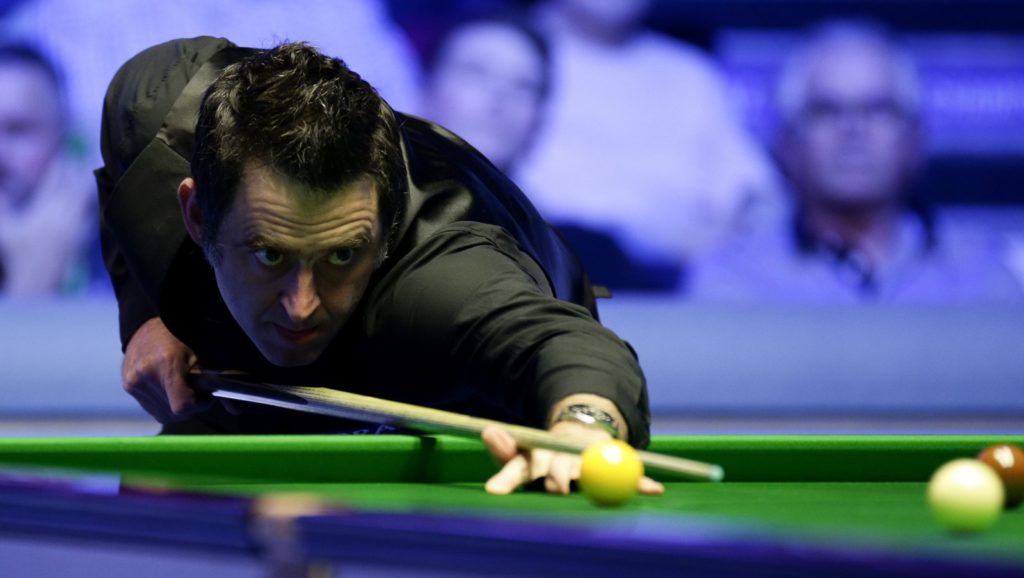 Ronnie O'Sullivan keeps his focus during his 10-4 win against Neil Robertson in the 2019 Players Championship final.

"I'm hitting it out of my skin and it's not going where I want it to. I was comfortable because I knew he was uncomfortable and I knew with my extra cue power I would be OK. I'm over the moon with that performance."

In the final, O’Sullivan would come up against Neil Robertson, who himself was having a brilliant tournament. Robertson had previously defeated Joe Perry 6-3, Mark Williams 6-4, and had recorded an impressive 6-4 victory over in-form Judd Trump in the semi-finals in which he recorded a 140 break, the highest in the tournament.

The final was a thrilling affair, with O’Sullivan racing into a 4-0 lead, with Robertson replying in the fifth frame to make it 4-1 early on. The Rocket continued to dominate, as he won the next two frames to extend his advantage to 6-1 over the Australian. Robertson replied to make it 6-2, with O’Sullivan winning the final frame of the afternoon session to take a 7-2 lead. 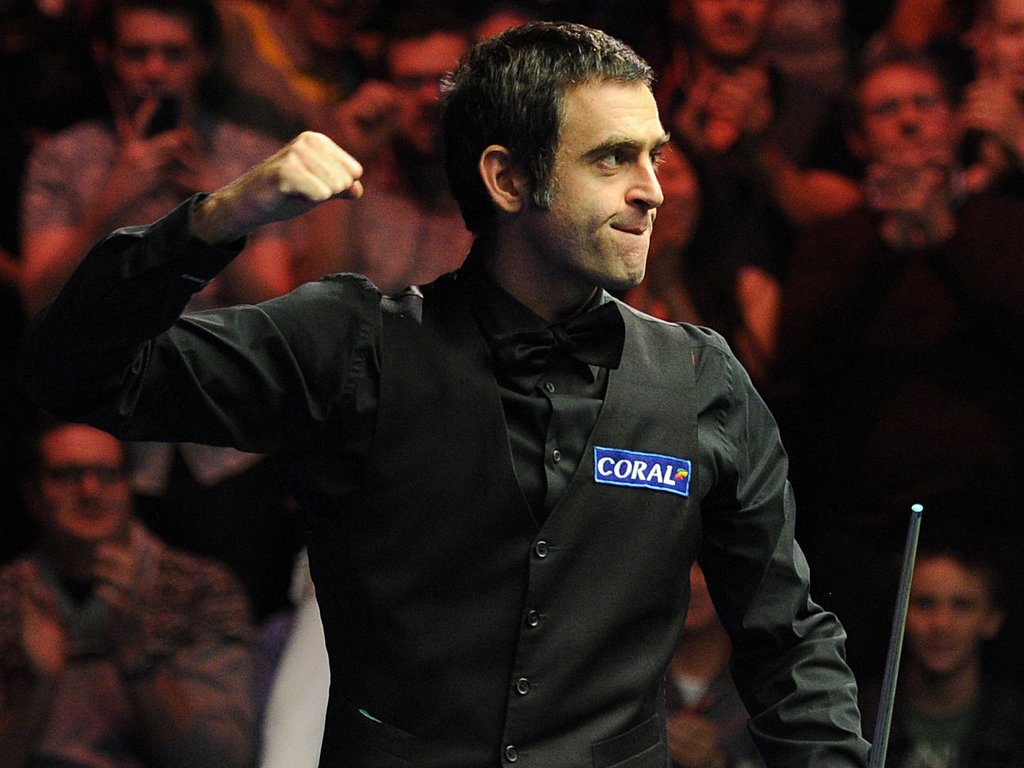 In the first frame of the evening session Robertson completed a 120 break, his highest of the game, to make the game 7-3. O’Sullivan responded in the next frame, with Robertson winning the 12th frame, making the score 8-4. O’Sullivan then won the 13th frame and set up a winning position for himself in the 14th.

In typical O’Sullivan style, he paused and secured the century by calmly placing the milestone-clinching red in with his left hand.

The achievement was greeted with huge noise in the Preston Guild Hall, as the crowd cheered on every ball as O’Sullivan went on to secure the victory. 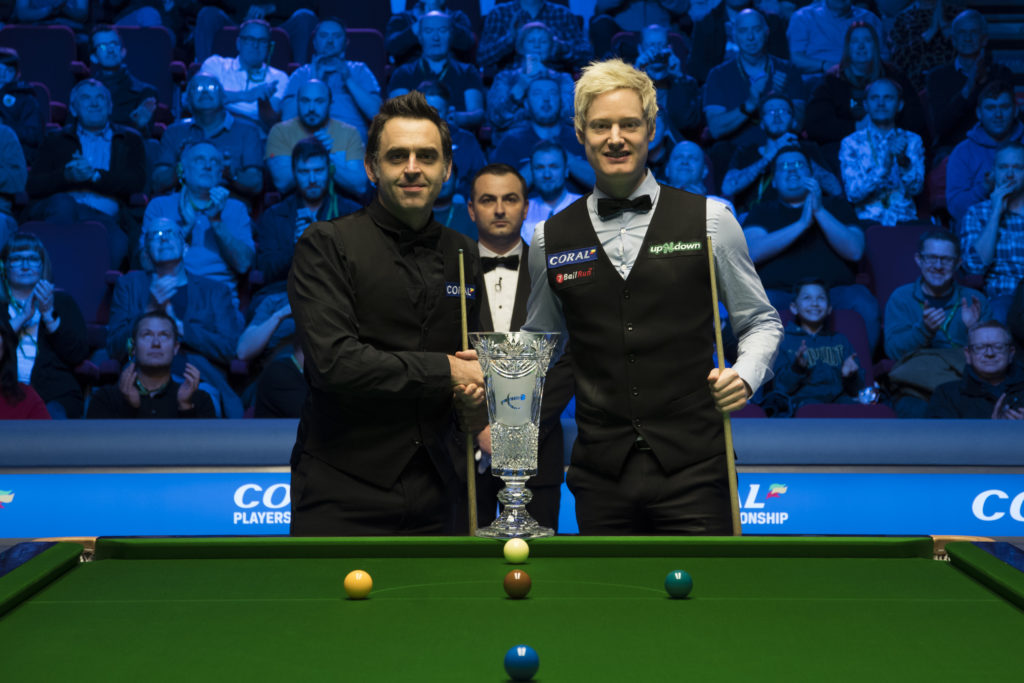 O’Sullivan’s clearance of 141 would have earned him an extra £5,000 for the highest break of the tournament. However, the white ball trickled into the pocket to deny him of this feat and allow some consolation to Robertson, who was awarded that prize for a 140 break earlier in the tournament.

O’Sullivan said after the win, according to Sporting Life: “I just played really, really well. I played well all week, but I played brilliantly today and to cap it off with 1,000 centuries is great.

“To me, snooker is just a sport, it’s a game and everyone here loves to watch the game. But as far as human beings go, he’s [Neil Robertson] one of the nicest human beings on the circuit so for me that means more. It was nice that I have done it with an opponent I have a lot of respect for.”

In terms of the rest of the tournament, it was another disappointing tournament for world number one Mark Selby, who was defeated by number 13 seed John Higgins in the last 16, whilst 7th seed Kyren Wilson lost out in the first round to fellow Englishman Jack Lisowski. 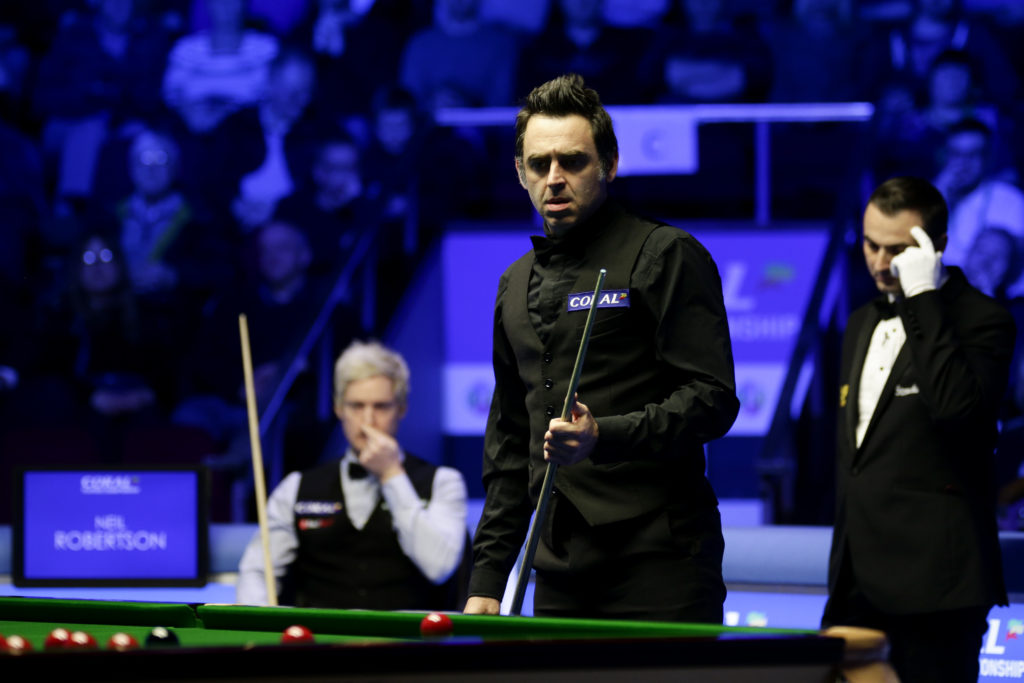 This was how the tournament panned out in full:

With the victory, O’Sullivan takes home the £125,000 winner’s prize, with runner-up Neil Robertson winning £50,000 for coming second, and the additional £5,000 for the tournament’s highest break.

This is the breakdown of the prize money for the 2019 Players Championship in full:

This was Ronnie O’Sullivan’s 35th ranking title, which puts him one away from Stephen Hendry’s record of 36 ranking titles. 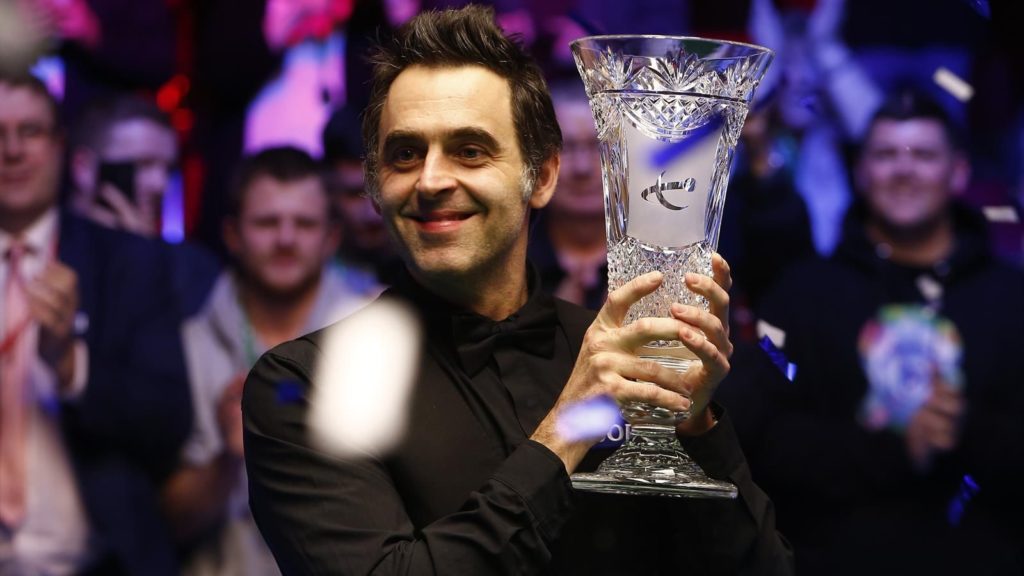 This entry was posted in Snooker News on March 11, 2019 by Ryan - Editor at Hamilton Billiards. ← Previous Post Next Post →