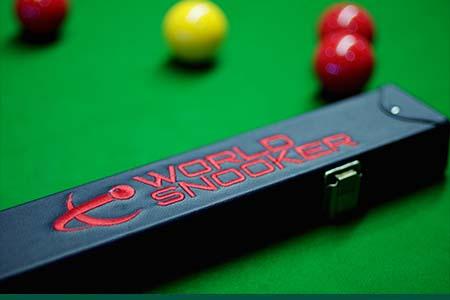 The 2018-2019 season has the potential to be one the most exciting and intense there’s ever been. This is largely attributed to the increasing level of competition and diversity within the game. The main tour will consist of 129 professional players from all corners of the world, including: Indonesia, Poland and Thailand.

Over the next year, the world’s best players will be competing in 20 different ranking events being staged across Europe and China. This will provide a hectic schedule that will certainly deliver constant drama and entertainment for snooker fans to relish.

With the pool of talent and number of competitions rising, it will be fascinating to see if leading stars can remain on top or whether emerging names can rise to the summit.

Here are key players to look out for and important tournaments they will be competing in.

The World Open is the snooker equivalent of the FA Cup, since it’s open draw format means big name showdowns are possible from the very beginning. The tournament is also known for giving amateur players the opportunity to compete against some of the biggest names in the game. With consistent practise on Snooker Tables from reputable providers like Hamilton Billiards, you could grace the World Open yourself. This year’s event will see Ding Junhui attempt to defend his crown on home soil when the action kicks off in Yushan, China next month.

The UK Snooker Championship is one of the most prestigious events in the game, only being surpassed by the World Snooker Championship. Since gaining ranking status in 1984, the tournament has provided some of the most memorable showdowns in the history of the game and helped expand the popularity of the sport. Last year saw Ronnie O’Sullivan overcome Shaun Murphy 10-5 in the final to win his sixth title. His triumph meant he became the joint most successful player in the tournaments history alongside Steve Davis.

The Masters is an invitational event that sees the top ten players in the world competing for the title. The concentration of high-quality has made the competition a prominent show piece event. Three maximum breaks have been made in the history of the tournament, which were all made by overseas players. They were Canada’s Kirk Stevens, China’s Ding Junhui and Hong Kong’s Marco Fu. Achieving a 147 in snooker can only be done with meticulous levels of practise and using the correct accessories. Once you have industry proven balls and cues you will be able to hone your skills to the required level needed to reach the peak of the game.

The World Snooker Championship is the pinnacle of the sport in terms of both prestige and prize money. The competition is a flagship event in the yearly British sporting calendar, attracting large tv audiences throughout its duration. New handmade tables are used for every tournament, acting as a centre-piece for an event that radiates both class and elegance. The most successful player in the modern era is Scotsman Stephen Hendry. During the 1990’s he managed to dominate the event, which culminated in five straight triumphs between 1992-1996.

After making his professional debut in 1999, Mark Selby has grown to become one of the most distinguished names on the tour. He is a tough and patient competitor who is known for his strong safety play. Selby is also a prolific break builder, having registered more than 500 breaks during his career. Over the last four years, Selby has managed to win three World Championship titles as well as triumphing in the 2016 UK Snooker Championship.

Ronnie O’Sullivan is widely regarded as one of the most talented players in the history of snooker and often gets described as a genius. He announced himself to the world at a very early age when he won the 1993 UK Snooker Championship aged 18. O’Sullivan has since won five World Snooker Championships and holds the record for most competitive century breaks at 948.

Mark Williams has entered a career renaissance after surprisingly coming out on top at the 2018 World Snooker Championship. The Welshman was a dominant force in the early part of the 21st century, which saw him win all three majors in the 2002/2003 season. Since regaining his place in the world’s top 16 in 2010, Williams has managed to re-establish himself amongst the very best in the sport.

Jack Lisowski will enter this season on the back of his most successful campaign on the main tour. Last year saw the 27-year-old make his second crucible appearance and also reach his first semi-final at a major ranking event. The Cheltenham-born player possesses a dangerous attacking game which is certain to cause even the most seasoned pro a considerable amount of problems this coming year.

Yan Bingtao’s continued progression over the last few years has made his ascension into the world’s top 16 almost inevitable. In just two seasons as a professional, the Chinese player has already managed to climb up to world number 23. The 18-year-old almost overtook Ronnie O’Sullivan as the youngest ranking event champion at last years Northern Ireland Open, but was narrowly beaten by Mark Williams in the final.

After many years excelling at amateur level, Jamie Rhys Clarke is finally ready to show his worth within the professional game. All the defeats and near misses down the years could end up serving him well on the pro circuit, as he tries to emulate fellow countryman Mark Williams and assert himself amongst the very best.

Hamilton Billiards will be providing comprehensive coverage of all the major news and results throughout the duration of the upcoming season.