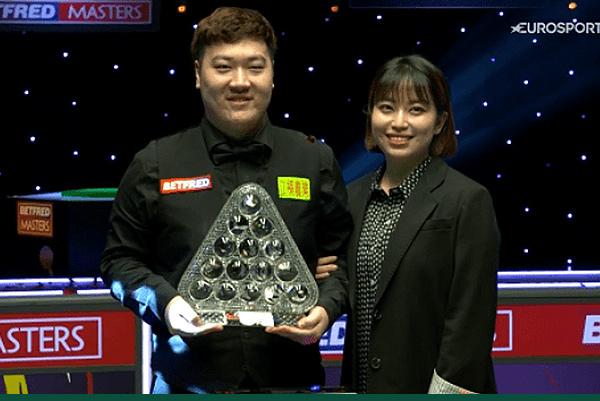 The win was leaning towards Higgins with a 7-5 lead, however, the 20-year-old Yan managed to fight back to win 10-8.

This snooker tournament was played behind closed doors at Marshall Arena in Milton Keynes. It was the first Masters final without spectators.

Two-time former champion Higgins missed the final black in the final, allowing Yan to steal the frame and win the championship.

In Yan’s Masters debut, he showed a fabulous performance, keeping calm and composed throughout the whole game. With this win, he took home his first Triple Crown title and £250,000 in prize money.

To replay some of the incredible shots played by Yan and Higgins, we would recommend investing in a full-size snooker table. If space for a full-size table is lacking, our team at Hamilton Billiards can also craft snooker tables in various sizes to fit your room’s size.

After Yan’s win, Higgins spoke highly of him.

“He was fantastic – he’s got such an incredible all-round game. I had my chances and I’m sick because I should have gone 6-3 in front and I was in control to go 8-5 in front. I’m gutted, but every credit to him – it is a brilliant achievement winning it at such a young age.” He told the BBC.

Ronnie O’Sullivan also commented on Yan’s performance and mentioned how he believes he will win many more tournaments.

He told the Eurosport: “‘Bingtao winning this tournament, the way he’s come through is fantastic. Not just to see a new winner but someone that you think he’s going to go on and win a lot more.

‘It’s like when Hendry come along, them type of players, John Higgins, Mark Williams, you thought, “this could go on for a while.”

‘To do it young and in the manner he does, it’s been a fantastic tournament and he’s done it the hard way, he’s had the hardest draw you could possibly get.’

Play like the professionals by purchasing our very best snooker accessories, such as snooker cues and snooker balls. For any enquiries, do not hesitate to get in touch with our team. We can be reached on 01462743803 or at [email protected].