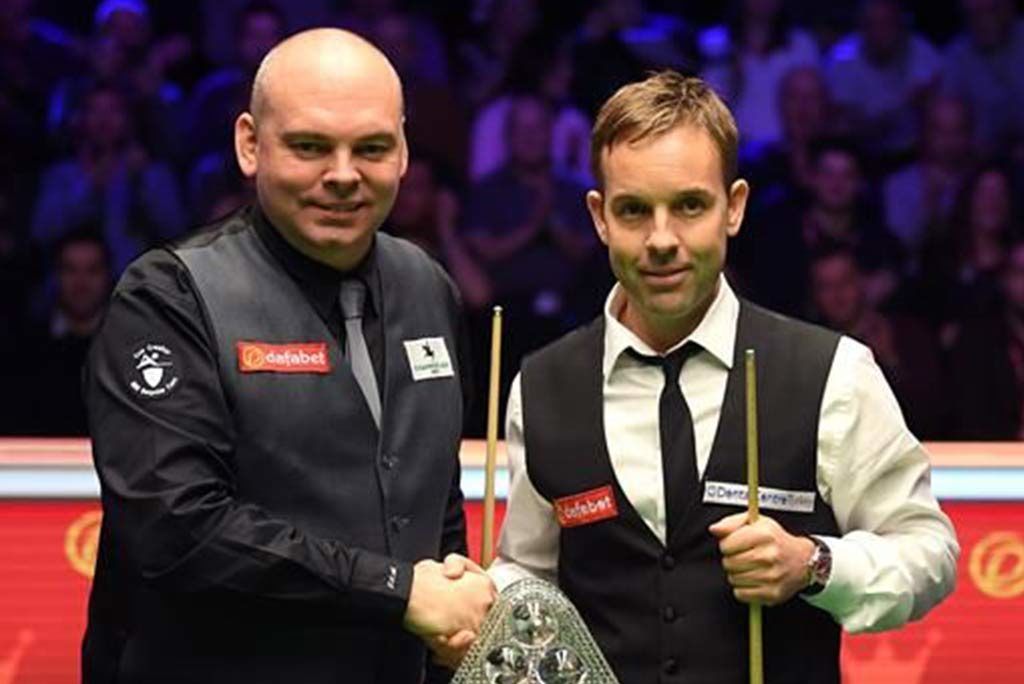 Bingham and Carter shaking hands at the end of the session.

The players, who used to compete against each other in the Essex junior tournament and were now facing each other in a major final for the first time, won four frames each on the spin, in the evening session.

Carter seemed to have the win in the bag until he missed a straight pink to the middle, in the 13th frame. This was when Bingham fought back and sealed his victory with his first century of the tournament.

What was Bingham’s biggest win since the World Championship in 2015 guaranteed him the first prize of £250,000 and his name on the Paul Hunter Trophy. 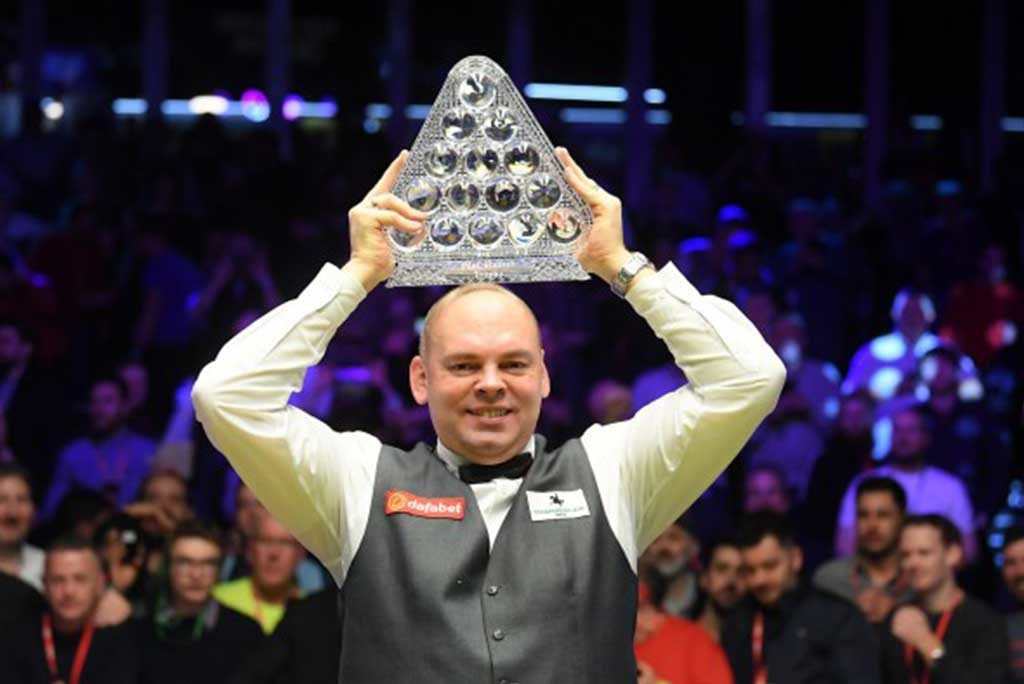 During the mid-session interval, the 43-year-old started to plan his loser’s speech but after the break, he turned the game around and rose to the top.

"This is unbelievable. Ali [Carter] started so well I was starting to think about what to say after being beaten. How I turned it around I don't know. I can't explain how I feel.” Bingham told BBC Two.

Carter, who was handed a place because Ronnie O’Sullivan decided to withdraw from the event, still showed with worth by reaching the final and collected the runners-up prize of £100,000. 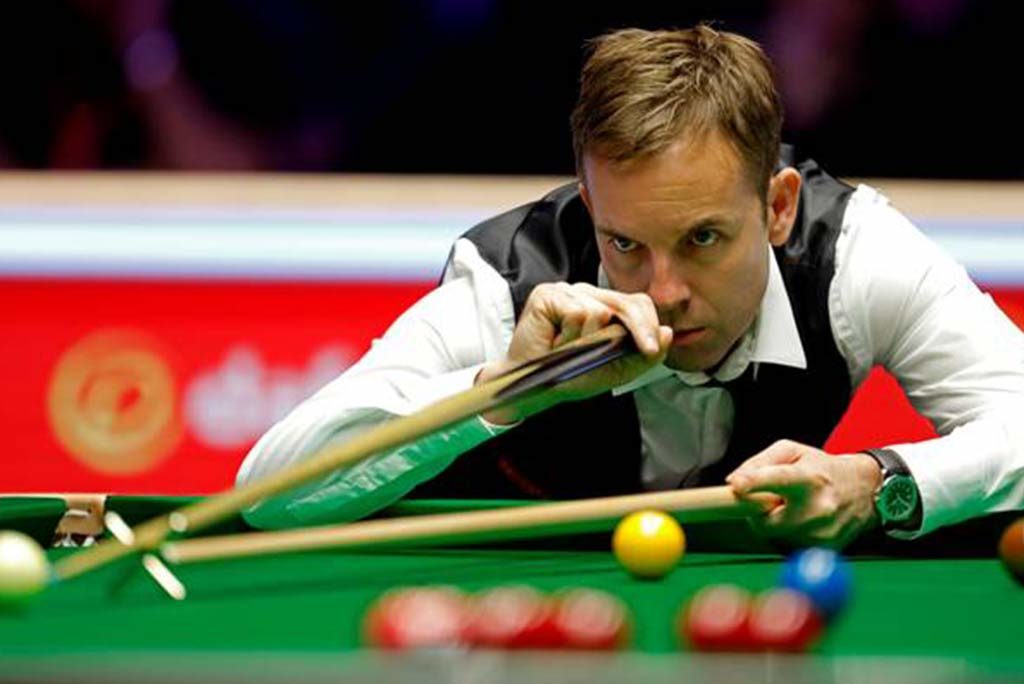 Carter concentrated in the game during the Masters final at Alexandra Palace.

"I've turned up and one better than I expected to be honest. Very disappointed to not win but he was the better player. I have to say all the right things but I am gutted.” Carter told BBC Two.

Practice like the professionals with our wide range of full-size snooker tables and snooker accessories available at Hamilton Billiards. For bespoke snooker tables contact our team today, who will be able to assist you in creating the perfect snooker table.