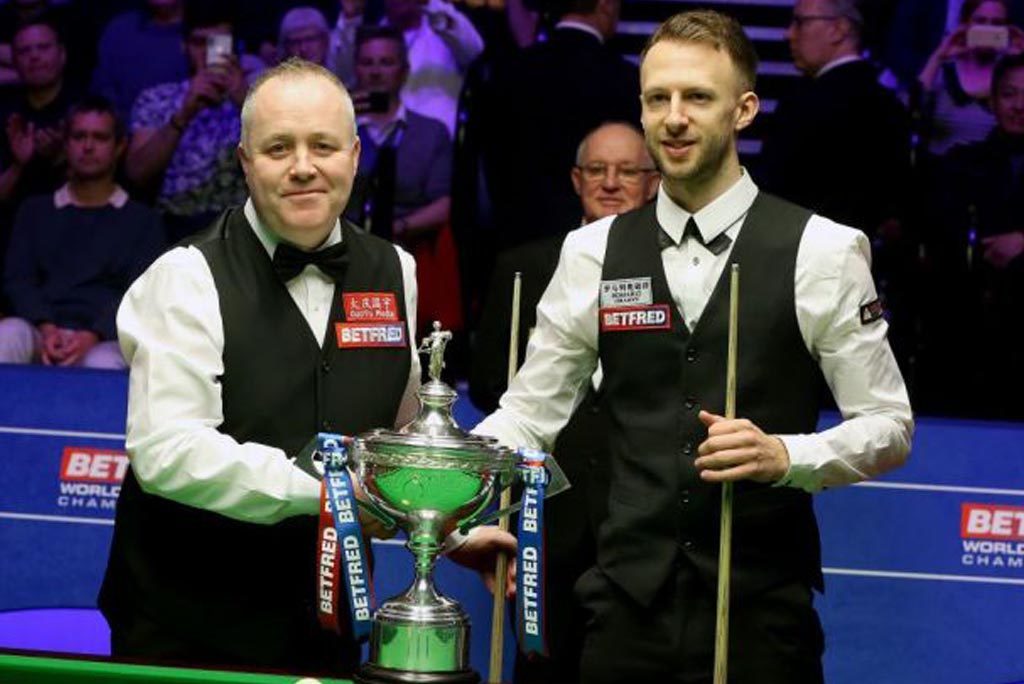 However, before the final, there were more twists and turns in store for one of the biggest tournaments in snooker. The quarter-final stage was a thrilling encounter for fans all around the world, especially those watching live at the Crucible.

David Gilbert continued his wonderful tournament by defeating fellow Englishman Kyren Wilson 13-8, and booked his place in his first world championship semi-finals against either Higgins or Robertson. Gilbert arrived at the Crucible as a seed for the first time and didn’t disappoint with this performance.

In the other top half quarter-final, the four-time world champion came up against 4th seed Neil Robertson. Robertson took an early 3-1 lead, with Higgins tying the game at 4-4. Robertson then pulled away to earn a 7-4 lead, with Higgins coming straight back to win the next five frames in a row to take a 9-7 lead. Higgins won the game 13-10 overall, defeating Australian Robertson to reach the semi-finals, where he would come up against David Gilbert.

In the bottom half of the draw, an all-qualifier match was taking place between Ali Carter and Gary Wilson. Despite playing in his first world championship quarter-final, and losing the first three frames of the match, Wilson won five straight frames to lead 5-3 after the first session. Going into the final session, Wilson led Carter 9-7, with Wilson eventually winning the game 13-9.

According to Sporting Life, after the victory Gary Wilson said: "I was desperate to get back on the tour and just scrape a living. So, to go from that point to where I am now, in the one-table set-up, is absolutely amazing and the sort of thing you dream of.

"I remember situations when I was struggling for money and wondering what job I was going to do. I'd been playing since I was eight years old and I had put my heart and soul into it. I had missed school and nights out with my mates. All this makes it feel worthwhile."

Meanwhile, in the other tie, Judd Trump was aiming to reach the world championship final for the first time since 2011, but he was to face a difficult opponent in Scotsman Stephen Maguire. Trump was however in complete control of the game throughout. The Englishman led 7-1 after the first session, which then became 9-1 shortly after. Despite a slight rally in the final session by Maguire, it was a compelling win for Trump, who ran out 13-6 winner.

According to BBC Sport’s report on Judd Trump’s victory over Stephen Maguire, Trump said after the victory: "I am not sure I am the favourite [to win the tournament]. I am very pleased to still be in, but the winner of Robertson and Higgins will be the favourite. They have been there and won it. I am in there battling - me and Gary will be out there to try to win it for the first time.

"It is important to get off to a good start. I cannot let someone with so much confidence get in front because it will be too difficult to pull back." 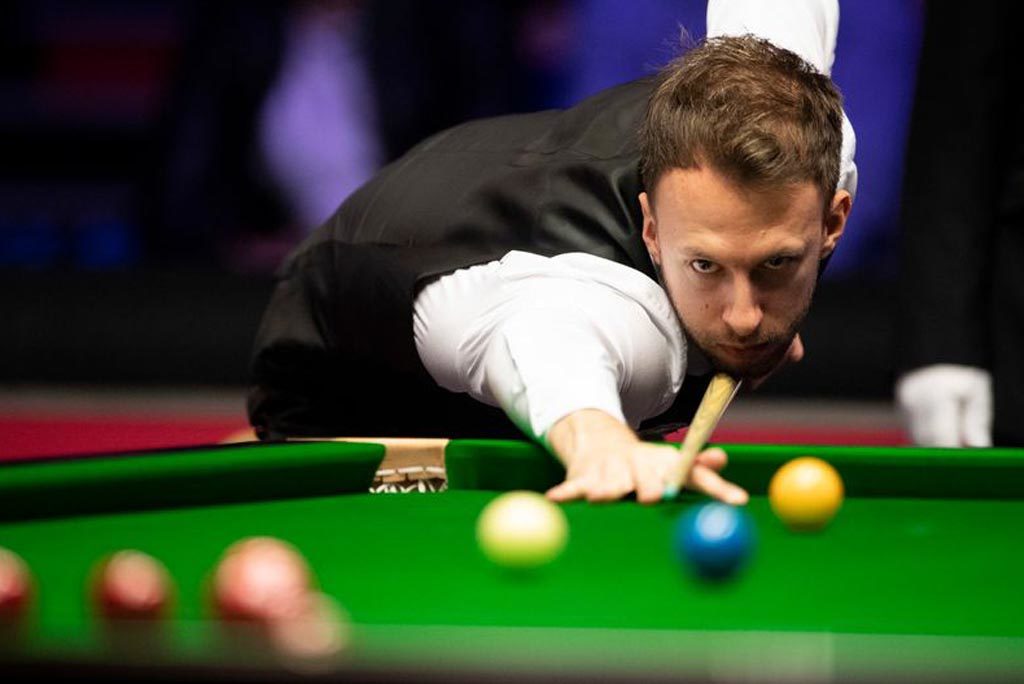 Into the semi-finals, the first would be played between the four-time world champ John Higgins and David Gilbert, who had never previously progressed past the second round. Higgins took the first two frames, with Gilbert bringing it back to draw 2-2. Higgins then led 3-2, before Gilbert stormed into a 5-3 lead.

The final session saw Gilbert take frame 25, but Higgins won the next four frames to lead for the first time since leading 3-2. Gilbert, however, hit straight back winning the next two frames to take a 16-15 lead overall, before Higgins scored a 139 break to send the match to a deciding frame at 16-16. The deciding frame was won by Higgins after Gilbert missed the black ball from the spot. 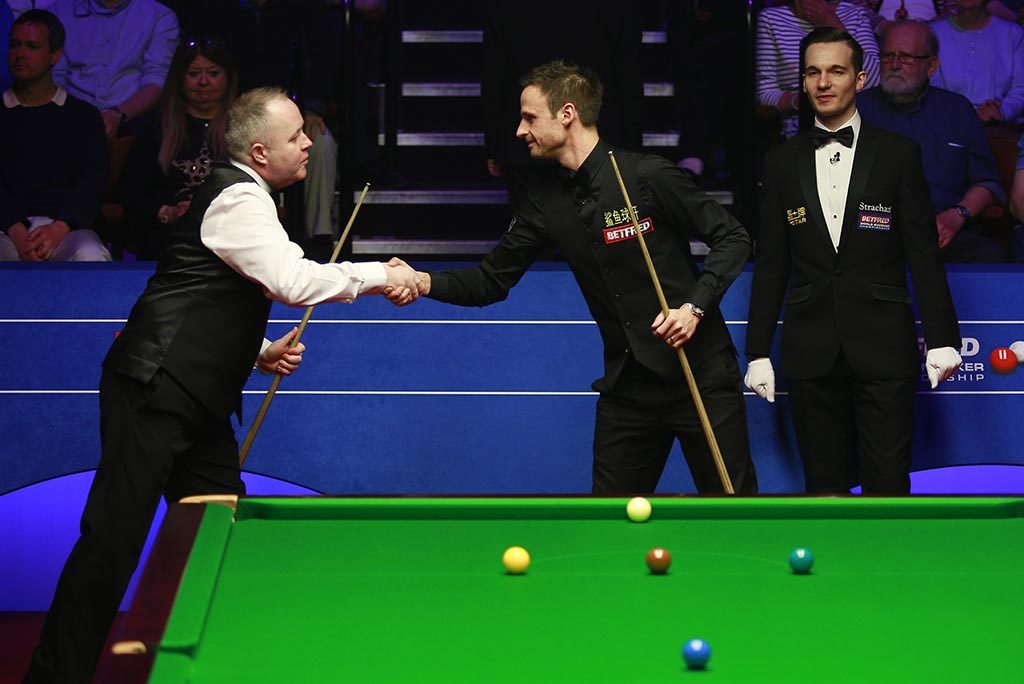 John Higgins and David Gilbert shake hands after the match.

The other semi-final was played between one of the pre-tournament favourites in Judd Trump, up against qualifier Gary Wilson. Trump and Wilson shared the first session, drawing 4-4, with Wilson later taking the lead at 6-5. Trump won the next three frames to lead 9-6, before Wilson scored a 77 to bring the score to 9-7 after two sessions. 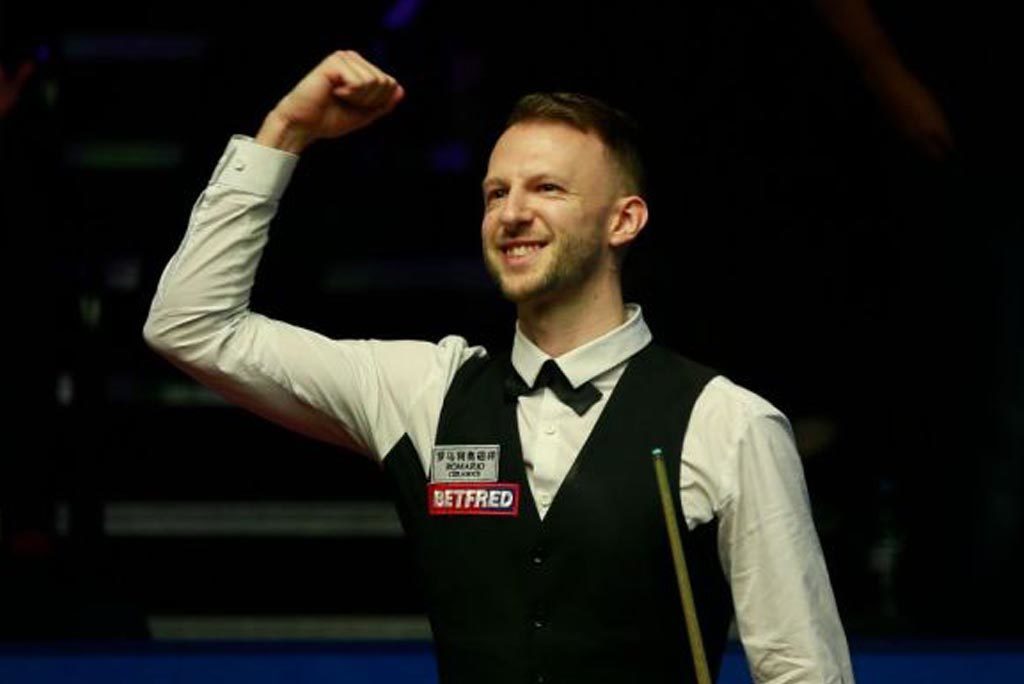 Judd Trump steps into the final after winning against Gary Wilson.

The first session opened with Trump winning the first two frames, with Higgins replying with a 139 break to make the score 1-2. Trump scored a century of his own in frame 4, with Higgins then winning the next three frames consecutively to lead 4-3. Trump tied the match at 4-4 with a fourth century in the eight frames.

Frame 9 saw Higgins score a break of 125 to move to 5-4 ahead, the third century in a row for the match. Trump won the remaining frames of the session, eight in a row, to storm to a 12-5 lead. Both missed chances of maximum breaks, but Trump went 16-9 later on in the match, a lead that he did not relinquish in the final session, winning the final two frames of the evening session to win 18-9.

The win was the biggest margin of victory since 2009 when Higgins defeated Shaun Murphy by the same score. With 11 centuries in the final, the game set the record for the most 100+ breaks in one match, one more than the previous record held by Alan McManus and Ding Junhui in the semi-final of the 2016 event.

With the victory, Judd Trump collects £500,000 in prize money, making him the first player in history to amass more than £1m in a single season. 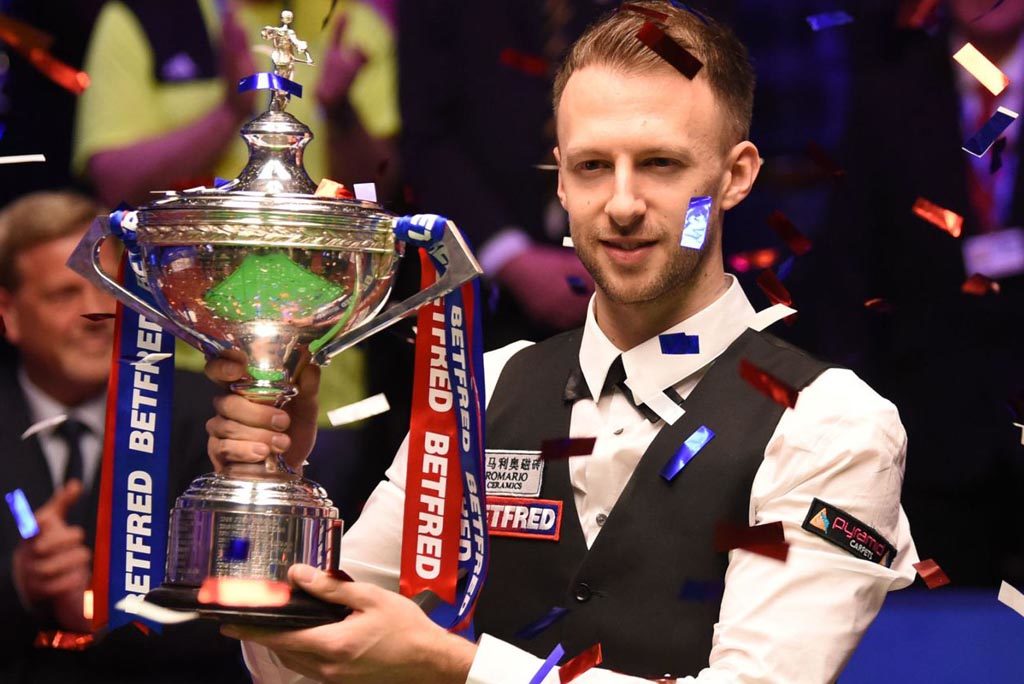 After his first Crucible win, many are predicting this to be the potential start of snooker dominance for Judd Trump, and with many years of his playing career ahead of him, there’s every chance for the Englishman.

This entry was posted in Snooker News on May 8, 2019 by Ryan - Editor at Hamilton Billiards. ← Previous Post Next Post →