A Thrilling Climax to the 2017 Snooker World Championship

It’s always the culmination of the season, and this year’s Snooker World Championship was more special than ever — the 40th year the event has been held at the world’s most iconic snooker venue, the Crucible in Sheffield.

The event lived up to its billing, starting with a star-studded celebration of the anniversary and ending on the 30th April and 1st May with a see-saw final between two of the game’s titans that saw Mark Selby become only the fourth player ever to successfully defend his title at the Crucible.

On the way, we were treated to upsets, spectacular shots — and just a little controversy.

Upset in the First Round

Going into the tournament, it was widely agreed among pundits that Judd Trump was the man to beat. The world number two had won the European Masters and the Players Championship, as well as reaching three other ranking finals. At the Crucible, though, he was well below form, suffering from a shoulder injury, and lost to 54th placed Rory McLeod, who became the lowest-ranked player ever to reach the last 16.

Otherwise, the first round went largely to form, with seven of the eight former World Champions playing through to the second round: Mark Selby, Stuart Bingham, Ronnie O’Sullivan, John Higgins, Neil Robertson (making his 500th career century), Graeme Dott and Shaun Murphy. Only Peter Ebdon failed to get through, losing 10-5 to Bingham. 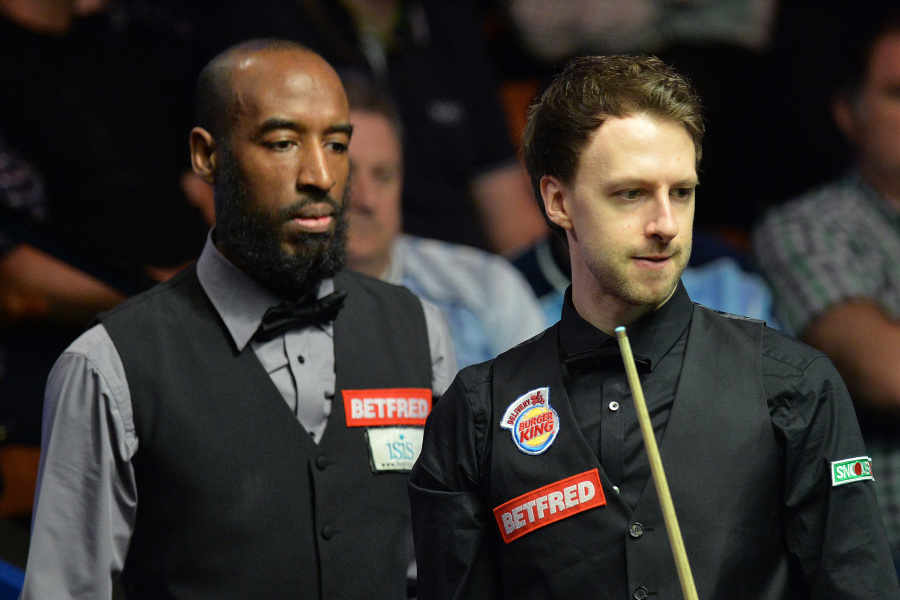 The Road to the Final

Mark Selby, John Higgins, Ronnie O’Sullivan, Barry Hawkins and Ding Junhui were among the players who made it safely through the second round, although Bingham and Murphy were knocked out. Higgins’s match against Mark Allen was closer than its 13-9 score suggested, with Allen making four centuries but eventually failing to get past Higgins.

O’Sullivan then fell to Ding in the quarter-finals, despite a 146 break where he agonisingly lost position on the last red and had to go for the pink instead of the black. Selby and Higgins, meanwhile, both had easy wins, with Selby’s quarter-final featuring a 143 described by Stephen Hendry as “one of the best I’ve ever seen”. The fourth victor was Barry Hawkins, defeating the unseeded Stephen Maguire 13-9.

The semi-finals featured a nail-biting contest between Selby and Ding which, after some of the highest quality snooker seen at the Crucible, Selby won 17-15. Higgins, meanwhile, had an easier passage, beating Hawkins 17-8. 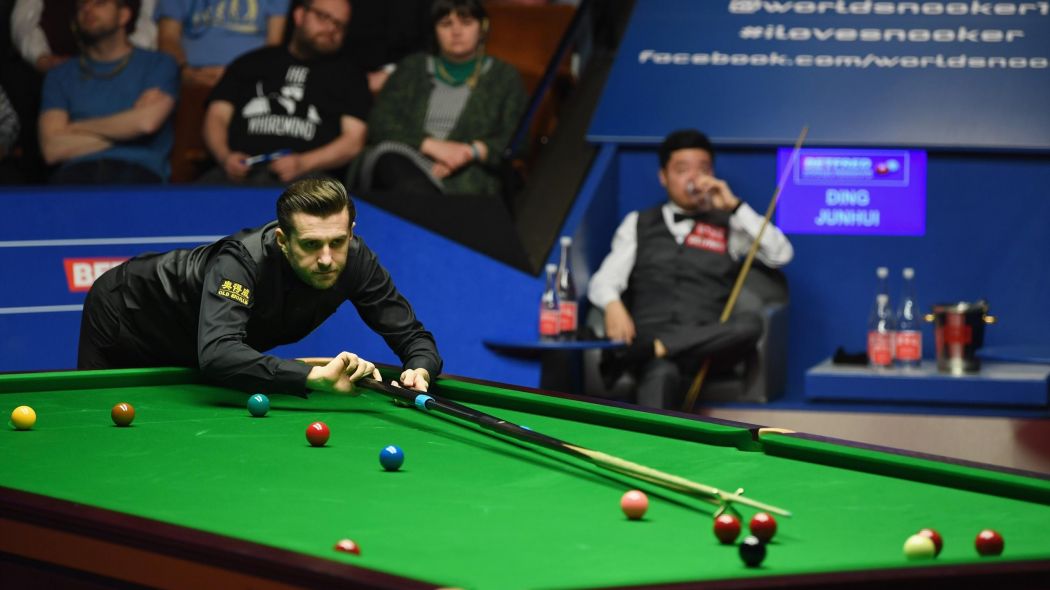 Mark Selby, the 33-year-old defending champion and world number one, has been on the professional circuit since the age of 16. Known as a tough competitor with equal skill at break-building and safety play, he’s known as “The Jester from Leicester” — though O’Sullivan dubbed him “The Torturer in 2014, after Selby had come back to beat him from 10-5 down.

Eight years older, John Higgins has four world titles and is joint second behind Stephen Hendry for ranking titles, with 28 in his career. Higgins is best known for break-building, with 672 centuries and 8 maximums in his career. At 41 years and 11 months, he was the second oldest world finalist at the Crucible, behind only Ray Reardon. 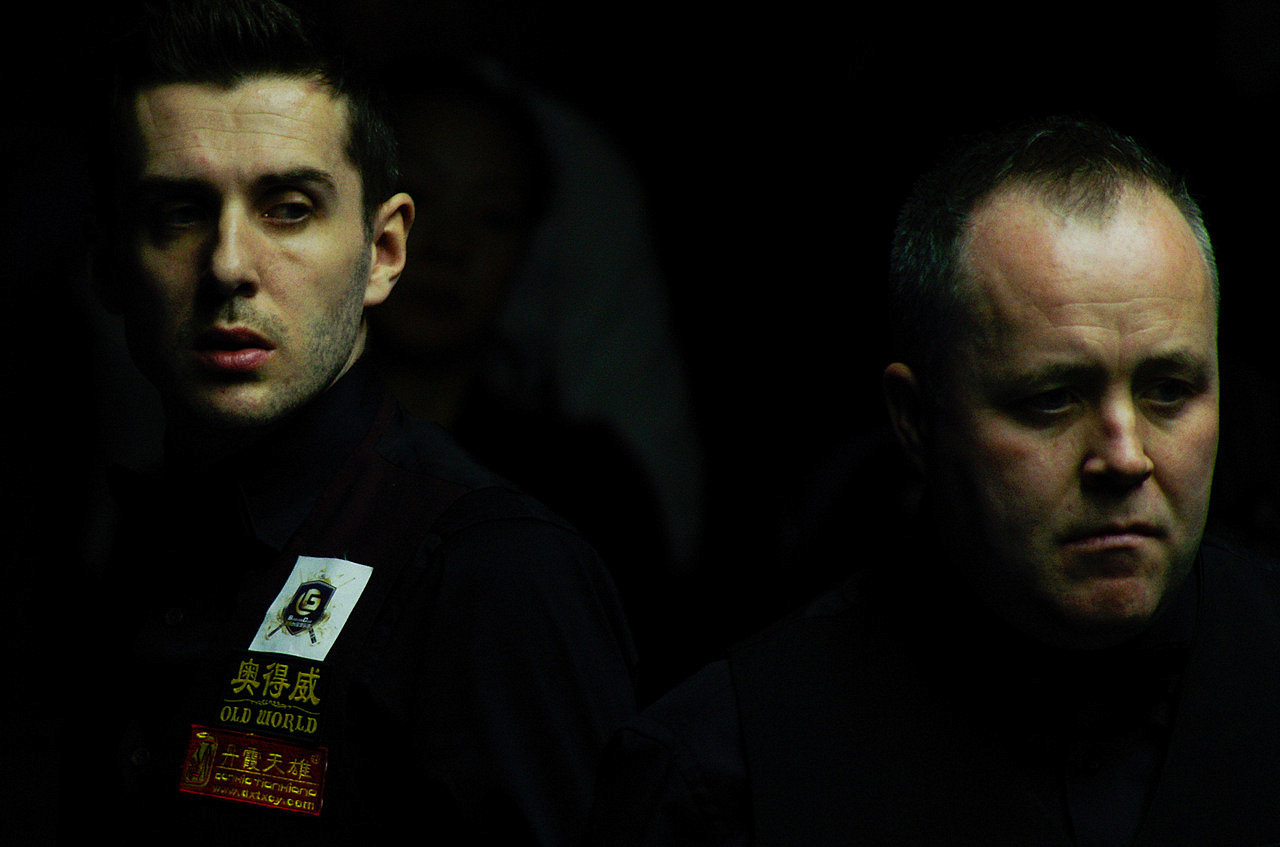 The First Day of the Finals

This was the first time during the Crucible era that a World Championship final has been contested between two multiple champions, but on Sunday it looked like a one-sided contest. Selby was way off form, missing a lot of easy reds, and by the end of the first session, Higgins was leading by 6-2 and clearly outplaying his opponent.

The second session was initially more of the same, and the lead stretched to 10-4 at one point. "When I was 10-4 down,” said Selby later, “I was missing everything and had nothing left. I said 'pull something together'. If you lose, you want to at least go down fighting.”

Whatever he pulled together, it seemed to work. Selby won the last three frames of the day to pull back to 10-7 and give himself a fighting chance. “To get out at 10-7 down it felt like I was in front, to be honest,” he said.

When the players came out to the snooker table on Monday, Selby looked like a different player, only losing one frame of the third session and going into the break 13-11 up. Higgins fought back in the final session, but could only keep pace, and Selby took his lead to 16-14.

The 31st frame saw an extraordinary refereeing episode. Selby, playing a safety shot, rolled the cue ball gently up to lie touching the black — or so he thought. Referee Jan Verhaas disagreed and called a foul, which Selby queried.

Higgins sportingly agreed to a TV review of the decision, which he wasn’t obliged to, but the result remained too close to call and Verhaas’s original ruling stood. Selby accepted the decision, commenting afterwards, “Obviously, the referee’s decision is final and I think Jan’s probably the best we have in the game, so I respect his decision.” 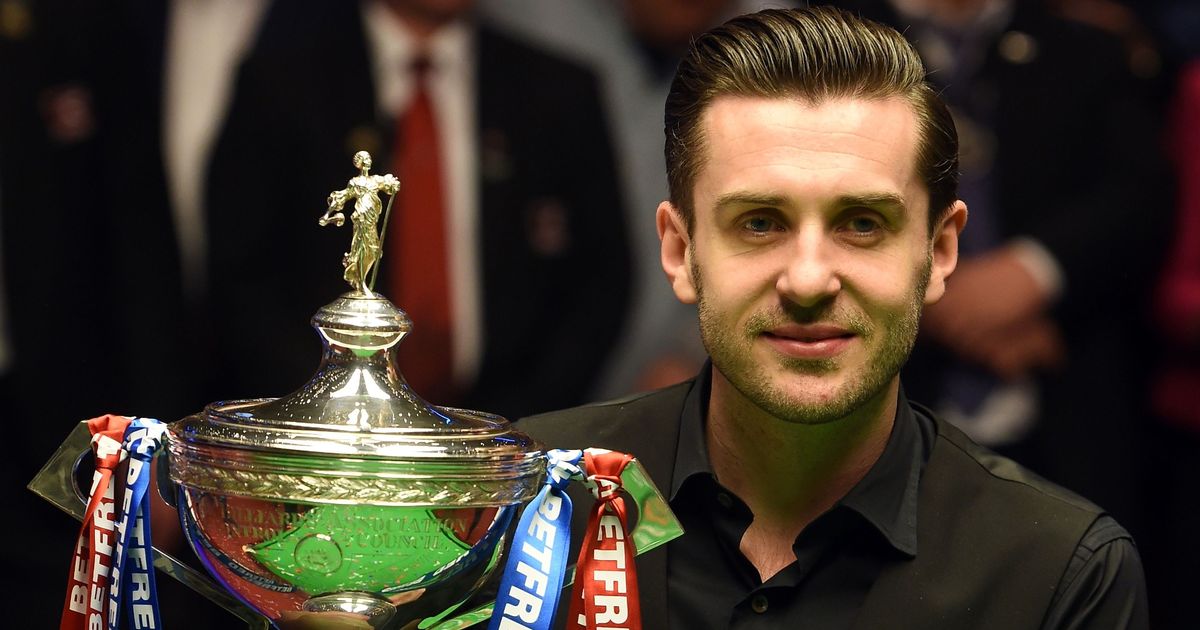 Selby was understandably delighted by his win. "I can't believe it, I am still pinching myself now," he said afterwards. "From 10-4 to get to 10-7 yesterday, I was over the moon as I had nothing left. He outplayed me yesterday. Today I came back fresh and was a lot better.”

John Higgins was gracious in defeat, heaping praise on his opponent. "Mark is granite, just granite," he commented, adding, "It has been an unbelievable tournament, I gave everything. I came up short to a great champion. I'm proud of myself but he was too good on the day."

Mark Selby joins an elite group of Steve Davis, Stephen Hendry and Ronnie O’Sullivan as the only players to successfully defend a world title at the Crucible. Davis himself considers, “Selby is an exceptional player and exceptional match player. It is going to take some young player coming through who takes every part of his game and becomes stronger to knock him off his perch.”

If he can achieve this when he was off form for half the match, who would bet against Mark Selby making it three in a row in 2018?

This entry was posted in Snooker News on May 2, 2017 by Ryan - Editor at Hamilton Billiards. ← Previous Post Next Post →