The thirteenth ranking event of the 2016/17 season was decided after an eventful tournament around the snooker tables of the Preston Guild Hall. A relatively new event, the two previous winners, Judd Trump and Shaun Murphy, were in the field, but the final came down to a contest between Barry Hawkins and Ryan Day. 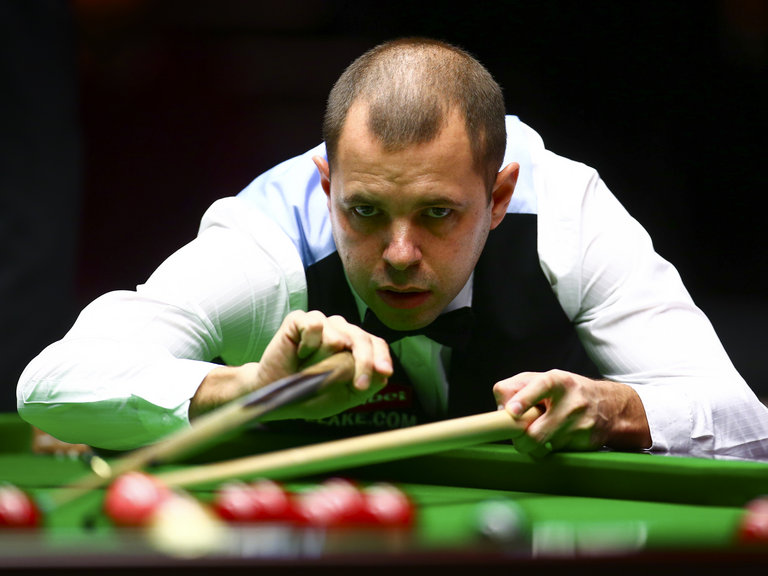 The inaugural Ladbrokes World Grand prix was held in 2015 in Cardiff. Judd Trump was the winner on that occasion, while Shaun Murphy won last year. For the event’s third edition, the top 32 players in the world gathered at the iconic Guild Hall in Preston between the 6th and 12th February.

Many big names made an early exit — Mark Selby, Stuart Bingham and German Masters champion Anthony Hamilton all in the first round, Ronnie O’Sullivan and Ali Carter in the second. Trump was also put out in the second by the eventual winner, Barry Hawkins, while runner-up Ryan Day knocked out Murphy in the third.

Hawkins reached the final by easily defeating Liang Wenbo 6-1. Professional since 1996, he’d previously won two ranking titles: the 2012 Australian Goldfields Open and the Finals of the Players Tour Championship in 2014. An unusual element of his play is that he’s ambidextrous with his snooker cues, normally playing left-handed, but switching to his right when using a rest.

He turned professional in 1998 and has now reached four ranking finals, though still waiting for his first win. Noted as a break-builder, he’s scored over 250 centuries in his professional career. He reached the final with a closer but still comfortable 6-4 victory over Marco Fu.

Ryan Day is no push-over, though. He fought his way back into the match, cutting the deficit to two frames with successive breaks of 87, 84, 92 and 75. The seventeenth frame was a tense affair, which could have blown the match wide open if Day had won it. In the end, though, Hawkins snookered his opponent, capitalising on the chance to clean up the colours and take the final 10-7.

“I felt so good at the start of the match,” said Hawkins, “and played so well. I didn't feel like I could miss when I got in the balls.” And with this form, few people would bet on this being his last title. 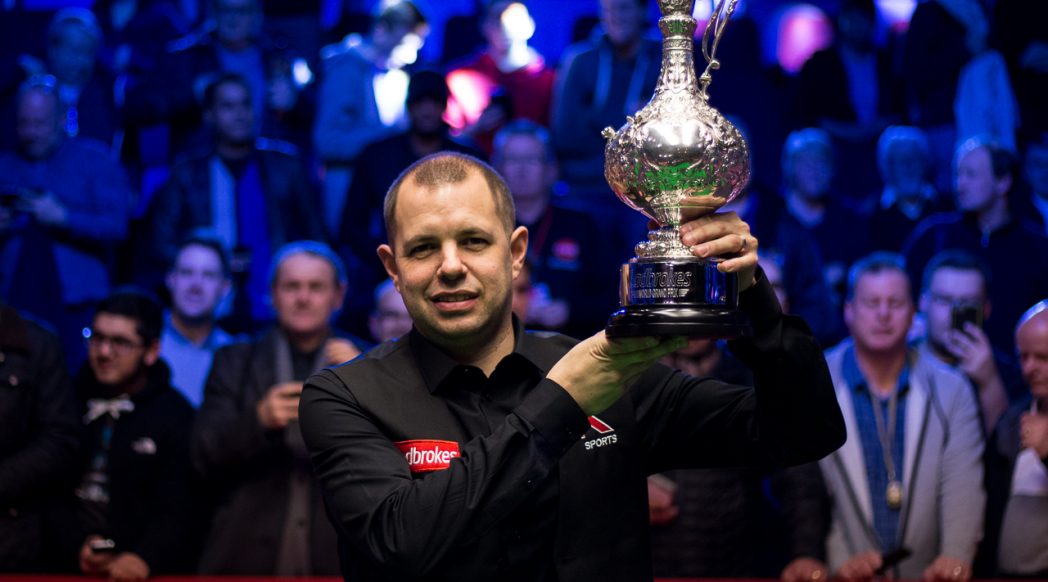 This entry was posted in Snooker News on February 16, 2017 by Ryan - Editor at Hamilton Billiards. ← Previous Post Next Post →